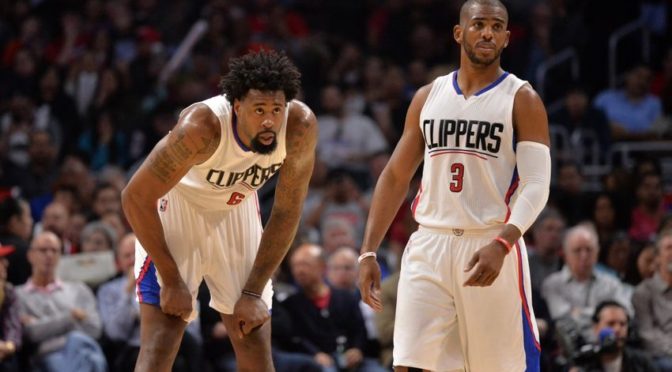 No brainer. Blake Griffin is out for the rest of the playoffs so the burden falls squarely on the shoulders of Chris Paul. It’s not like we could ask more from CP3. He has not scored less than 47 fantasy points in the first three games and with BG gone, that production could go LeBron-esque at over $2,000 less.

Again, with BG not around, DJ had got to eat a lot more for the Clips to even have a chance. Without Rudy Gobert, Jordan has done plenty of damage but could do so much more from this game onward.

The Rajon Rondo injury took a toll on the Bulls in Game 3. That said, Fred Hoiberg could hand over the ball-handling duties to the three-time champion, and if that happens, D-Wade’s DFS potential could go sky-high. He has done just enough in the first three games but if the Bulls wants a chance to win, then Wade should give it his all.

With Utah’s backs basically against the wall, Hill will be looked upon to contribute MORE and stop CP3. Easier said than done, but whatever gets the stats.