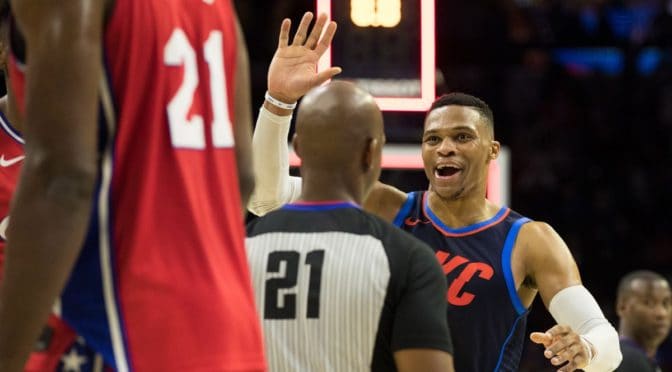 The play-in tournament was full of drama, to say the least, with the Los Angeles Lakers surviving quite a scare to bag the 7th seed. Memphis, too, needed an extra five minutes to eliminate the Golden State Warriors to get in as the eighth seed.

In the East, the Celtics rode on Jayson Tatum’s 50-point night to punch a ticket to face the powerhouse Brooklyn Nets. The Washington Wizards exploited the Pacers’ lack of defense to the tune of 142-115, making possible a Joel Embiid vs Russell Westbrook must-see TV matchup.

Here are our predictions for each first-round series:

I had this feeling that the Warriors would be a better matchup for the Jazz because of their perimeter-oriented play. The Grizzlies has Jonas Valanciunas that could either punish Rudy Gobert physically or just make his work easier. Still, in the end, I don’t think Memphis has enough experience, defense, and firepower to upset the Jazz.

We know the Lakers are the defending champions, but they are hobbled going into the playoffs and is still integrating Andre Drummond into the system. This is not the time to tinker with the lineup, as we all know, and Frank Vogel had to put his feet down and settle into a nine-man rotation.

With that being said, aside from Chris Paul, the Suns are basically babies in playoff basketball. Paul’s leadership is a culture-changer for the Suns, but will it be a series-changer against LeBron James and Anthony Davis? I don’t think so.

This one is going to be a shootout and in a shootout, the more weapons you have, the greater your chances of winning.

So, who has the most weapons in this series? The straight answer is the Nuggets. Denver has the (most likely) MVP in Nikola Jokic and we all know how The Joker unlocks the capabilities of everyone in the same uniform. On the other hand, Portland is too dependent on Dame Lillard and CJ McCollum isos.

Michael Porter, Jr. and Aaron Gordon are big targets for Jokic, but to find success against the Blazers, Will Barton should contribute. He has experience as a do-it-all swingman, but we have not seen that type of Thrill from him consistently.

However, overall, Denver is too complete of a team to fall this early.

This one is the most interesting of the bunch and knowing Dallas coach Rick Carlisle, he is taking this personally.

The Clippers pulled off a tank job to avoid the Lakers and essentially chose to have a date with the Mavericks, a team they handily beat last year in the bubble. On paper, the Clips is the better team and they have all the players that they can throw on Luka Doncic, the best player for any team in the series.

With all these things considered, the series can go both ways. Dallas is unpredictable and Carlisle is an old-school coach who can game plan the heck out of an opponent. Los Angeles, on the other hand, has the crew to slow down Doncic and I think they are more focused than they were last year. I’d like to say Dallas in 7, but…

Again, Embiid vs Westbrook should be fun, but we should be predicting how many techs and warnings are given to these two for the whole series.

There is no doubt that the Nets is a powerhouse, but they have holes in the defensive end that could be exploited. The Celtics is a good matchup for them with Marcus Smart, Jaylen Brown, and Jayson Tatum, which should make this series interesting. But, it all stops at “interesting.”

If Giannis Antetokonmpo establishes himself as the best player in this series, it’s easy for Khris Middleton and Jrue Holiday to pick up the slack. If Jimmy Butler takes over this series, then it’s over. This is probably the only series in the East that could go both ways, but if it’s the Bucks’ best vs the Heat’s best, it be:

It’ll be the classic clash of styles on this one with the high-octane Hawks going up against the grind-it-out Knicks. I always prefer the bruising teams in the playoffs, and it’s not like New York can’t produce their own offense with Julius Randle, Derrick Rose, and RJ Barrett in there.

The play-in tournament was full of drama, to say the least, with the Los Angeles Lakers surviving quite a scare to bag the 7th seed.

In the East, the Celtics rode on Jayson Tatum’s 50-point night to punch a ticket to face the powerhouse Brooklyn Nets. The Washington Wizards exploited the Pacers lack of defense to the tune of 142-115, making possible a Joel Embiid vs Russell Westbrook must-see TV matchup.