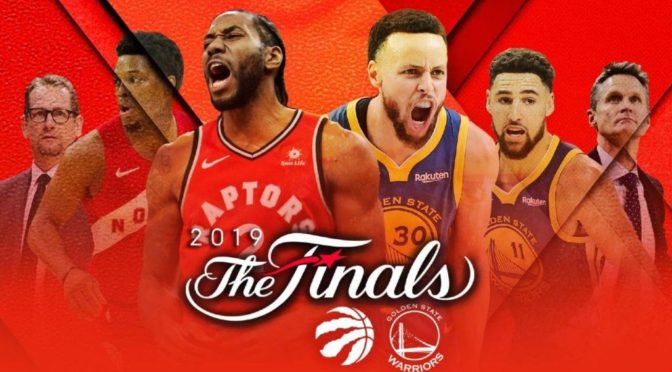 The Toronto Raptors look to take a stranglehold 2-0 series lead against the Golden State Warriors, who will be missing Kevin Durant (again) for Game #2. Interestingly the Warriors are 7-7 in the NBA Finals without Kevin Durant, and are 8-1 with him. Therefore, the Warriors will rely heavily on the Splash Brothers to carry the load on offense as the rest of their lineup doesn’t scare anybody – Green, Iguodala, Bell, Looney, Livingston – all usually struggle to create their own shots. Although DeMarcus Cousins is back he will be limited to 10 minutes or less. Game 2 should be fun. Below are 10 player prop bets I’d recommend wagering.

Kawhi Leonard has a high usage rate, and will likely be double team in the paint by the Warriors. Kawhi should be able to make the pass to Raptors’ shooters who will be open (as seen in Game 1). Kawhi has averaged 7 assists in his last 3 games, and Kawhi has gone over 3.5 assists in 4 of his last 5 games. Role players usually do better at home in the playoffs, which means Kawhi’s passes will likely be assists.

Kawhi Leonard has been dominant against the Warriors in his career. I expect Leonard to put up 31+ points in a few games this series, so I’ll take a shot here, especially considering he is playing 40+ minutes a game. This bet is also a slight hedge against Leonard’s over assists prop.

Curry and Thompson are the only shooting threat on this team, now that Durant is injured. Curry has scored over 33 points or more in 6 straight games. If the Warriors want to win this game, Curry will need to score plenty. I’ll bet on this trend.

Draymond Green is more of a facilitator and is always looking to push the pace, and pass to his teammates. With that said, Draymond has 10+ rebounds in his last 10 straight games, and dished out 10+ assists in his last 3 straight games. I expect this trend to continue, and it is correlated with Curry over points prop.

Andre Iguodala was injured and left last game, but is good to go for Game 2.  Iggy still hasn’t shot the ball well, and has only averaged 4 points in his last 4 games.

The Raptors guarded  Klay Thompson quite well last game, and majority of his shots were contested except for the ones where the Warriors grabbed an offensive rebound.  The Raptors can send many different players to guard Klay.  It is worth noting that Klay has only scored an average of 19 points in his last 3 road playoff games.

Ibaka is only playing under 20 mins per game, and I expect Marc Gasol and Pascal Siakam to do the heavy lifting in the front court.  Ibaka is averaging 6.6 points and 4 rebounds in his last 3 games.