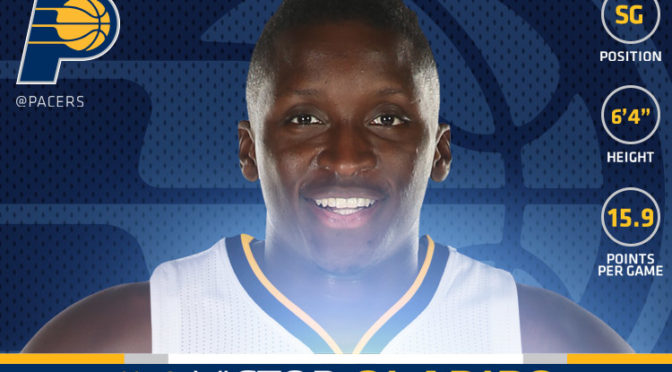 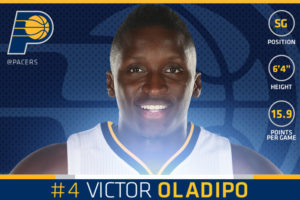 Victor Oladipo has fit right in with the Pacers, shooting 50% from the field including 47% from 3-point range. At $7,700 on Draft Kings, he’s a great value compared to Russell Westbrook who would set you back $11,200. Sacramento ranks 24th against opposing point guards.

Bogdanovic actually got the start last game, and he put up 15 points (7-9 FG, 1-1 3Pt) 4 steals, 3 rebounds and an assist in 23 minutes. He’s not flashy, but is he starts for the Kings and plays a bunch of minutes, he’s a great value at just $4,300. Saving money here will allow you to cash in on a big player later in your selections.

Anthony may have changed teams, but he still loves to shoot. In Friday’s loss to the wolves, be put up 15 shots including 5 threes and got to the line consistently making 5-7 free-throws. As expected, Carmelo has absorbed some of Russell Westbrook’s stats, and has benefited from having fellow superstars on the team to help get him open shots. Anthony has a very high floor, he’s shooting 47% from the field and he’s guaranteed to get 30+ minutes a game on a high-scoring offense. At $7,100, I’ll take him all day.

Chandler had 9 points and 14 rebounds last night against the Kings. Nothing earth-shattering, but consider this: he plays the Nets tonight who have been giving out “treats” all year long. Here’s what the Nets have given up in points in their last 5 games: 124, 107, 107, 125, and 116. They’re the second worst defense in the league, and until further notice, I’m going to target them in DFS. At the very least, I see Chandler posting a double-double tonight which should be a great value for your team. Use the savings here to cash in on a big name like Westbrook, or Giannis Antetokounmpo.

Note: All salaries are from Draft Kings.