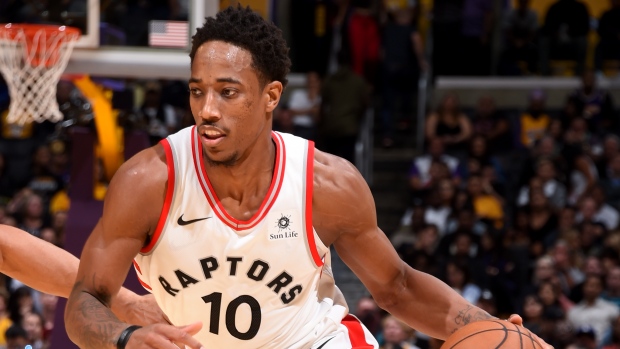 Derozan has been a low-key MVP candidate this year and has separated himself from Kyle Lowry as the clear leader of the Raptors. No one really talks about the Raptors, or Derozan, but he’s been on an absolute tear lately, averaging 46 FPPG over his last 4 games. He gets the Cavs tonight at 8:00pm, and Cleveland has been abysmal on defense lately. We saw what Jimmy Butler did against LeBron and Co. and I expect another huge game from DeRozan. His price is relatively low considering this plus matchup. Kyle Lowry is a game time decision as well.

Our bargain of the day is easily going to be Kyle Anderson. Kawhi Leonard is out of tonight’s game against the Lakers with a shoulder injury, and Danny Green is a game time decision. This means a lot of minutes and opportunity for Anderson. He had 5 steals on Monday against the Kings and has eclipsed 22 fantasy points in each of his last 4 games.

Fox is affordable and has a high ceiling. He’s smashed his season average of 20.6 FPPG in each of his last 4 games including 15 points and 4 steals on Tuesday against the Lakers. He’s been on fire since coming back from a quad injury and with Blake Griffin likely out tonight, he should have open lanes to the hoop.

Another surprisingly low salary here. Randle has been on fire lately, including 44.8 FP on Tuesday against the Kings where he had 22 pts, 14 rebounds and 6 assists. The Lakers seem insistent on trading him, likely wanting to free up cap space to sign Paul George and or LeBron James next year. The rumors have clearly motivated Randle to perform and it will be interesting to see his fantasy value change depending on if and where he is traded.

Note: All salaries are from FanDuel