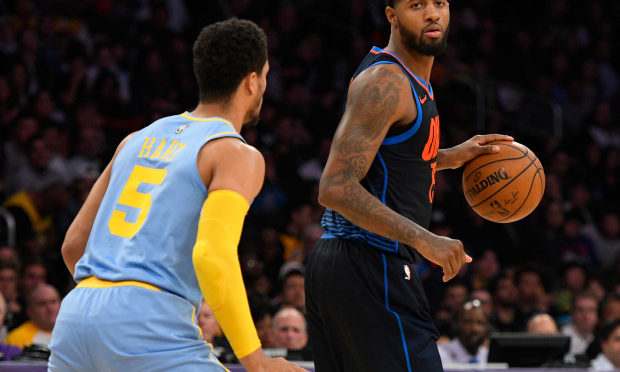 George has been on fire the past couple of games while filling in for injured Russell Westbrook and Carmelo Anthony. He’s averaging 55.6 FPPG over his last 3 games, which is 16 points above his season average. Cleveland’s “new look” team is a lot faster, but they still let up a ton of points to Boston. Westbrook is a GTD, and George’s price is much more affordable. 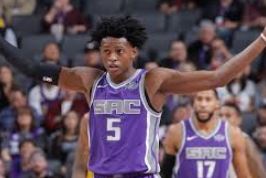 Fox is having a great rookie season that no one is talking about. He’s averaging more than 31 FPPG over his last 2 games including 23 points (8-16 FG, 1-3 3Pt, 6-8 FT), three steals, two rebounds and two assists in 34 minutes during Sunday’s 111-106 loss to Minnesota. He gets arguably the worst team in the NBA tonight in the Mavs, so I like his matchup and value.

There is not a lot to choose from in the PF section with a lot of the top players injured. Ibaka is having a below average season with just 12.7 points and 6.1 rebounds per game. However, he’s been better his last couple games, and he has a home matchup with the heat that should be close, forcing him to play a lot of minutes. His price is very affordable to a player with double-double potential.

Gasol is just “ol’ reliable”, there’s nothing flashy about his game, but he continues to nearly average a double-double and Popovich has rewarded him with a lot of playing time. He had 50 fantasy points last night against the Jazz, and if he can get you 2/3 of that tonight, he’ll be a steal at just $6,000.