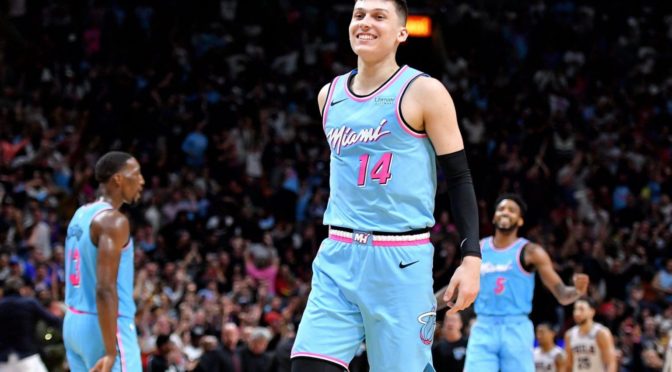 The best part about yesterday’s games is that the big guns came to play. Luka Doncic ended his campaign in style, Kawhi Leonard was in beast mode, while Jamaal Murray and Donovan Mitchell continue their insane and historic duel. Fred VanVleet and Nikola Jokic were also stellar.

Now, if you had Montrezl Harrell and Seth Curry in your rosters as bargains, that might set your team back a little. Harrell basically did nothing while it would be better off if you selected Trey Burke instead of Curry in the Dallas backcourt. That said, I was spot-on with OG Anunoby and Maxi Kleber, while Boban was not as bad as Harrell.

There will only be two games for Aug, 31, so selecting the top dogs and bargains provide a bit of a challenge. I expect Shai Gilgeous-Alexander to bounce back from a terrible Game 5 while I’m not quite sure if The Greek Freak will be as effective against Bam Adebayo. That concern maybe a little bit overblown, but I’d rather select multiple top players here such as Jimmy Butler and Chris Paul than go all-in with Giannis.

Herro has been very effective so far in the playoffs and he and Duncan Robinson could be the biggest keys against the Bucks defense. Milwaukee’s philosophy of defending inside then out plays well to Herro’s three-point shooting, which is at 44% over the past two games.

Unless Gordon proves otherwise (or if his salary makes it impossible), he will retain his place here in my bargain picks.

The problem with Schroder is his salary maybe a little too high on DraftKings, but he definitely fits the bill in Yahoo and FanDuel. He is basically the Eric Gordon of the Thunder.

Gallo has disappeared in the last two games of the series and may make it a point to be aggressive in a possible elimination game against OKC. He has dropped under $20 in Yahoo and $5,500 at FanDuel, so he may be an option there. If you’re not confident enough, try his teammate Steven Adams.

It is very critical to tap the services of someone at the minimum or near-minimum level. The veteran names that come to mind are Andre Iguodala, George Hill, and PJ Tucker. Tucker is the most consistent fantasy performer among the three but if Eric Bledsoe is limited in Game 1, Hill can take over. Iguodala consistently plays around 25 minutes a night for Miami but unless he grabs rebounds and collects dimes, he may only be good for 10-15 FP.