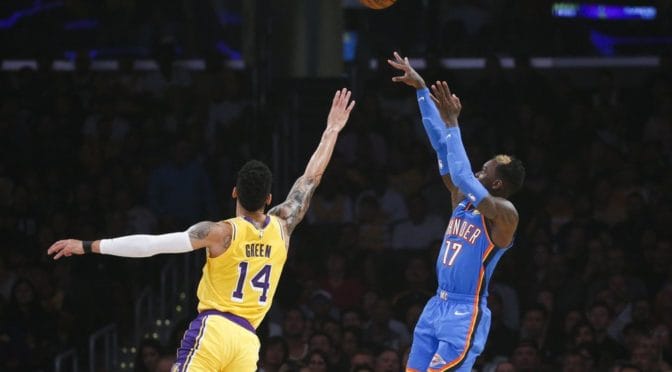 The season hung in the balance in the aftermath of the Jacob Blake, Jr. shooting, but the NBA has collectively decided to push through and finish the playoffs. Like the owners and the league as a whole, I would have supported a decision in whichever direction, especially in one that I still get to enjoy the sport I love.

Giannis Antetokounmpo and James Harden are absolute monsters in the four playoff games so far, but I couldn’t help but wonder how the return of Russell Westbrook affects Harden’s overall statistical performance.

If given the choice, I’ll pick Giannis over the Beard and then make sure I have the combination of CJ McCollum, Jusuf Nurkic, and Carmelo Anthony in there. Damian Lillard has already been ruled out because of a knee injury which should boost the usage ratings of the three aforementioned guys.

Here are some of the bargain picks to consider for your NBA DFS picks Aug. 29:

It’s hard to envision Terry Stotts unleashing Simmons on this game, but if it gets too out of hand early, Simons has a chance to collect stats in garbage time. After all, he did get 24 minutes last game, when Dame did not return after that knee got hurt.

If you want to bet on someone to get you 20 FP a night, it’s Tucker. He’s guaranteed to play at least 30 minutes, gets rebounds, and hits corner threes.  He is averaging 10 points and seven rebounds in 36.4 minutes of playing time in the series so far.

The Magic badly needed some scoring punch and Ross provided that for them in this series in the absence of Aaron Gordon and Jonathan Isaac. He is averaging 17 points a game in the series so it should only be up to him to get a few more stats in the box score to justify a roster spot.

It’s either Schroder or Eric Gordon for me, but in the event that Russell Westbrook returns, I’d lean more towards Schroder on this one. The only downside is either he will win you leagues or singlehandedly put you in purgatory. If he performs as he did in the past two games, he’ll be alright.

Green has been averaging 11 points, four rebounds, and two blocks the last two games so he looks like he’s out of that terrible shooting slump. He has also made 5 of 8 three during that span. At someone in the near-minimum, he’s definitely worth a flier.