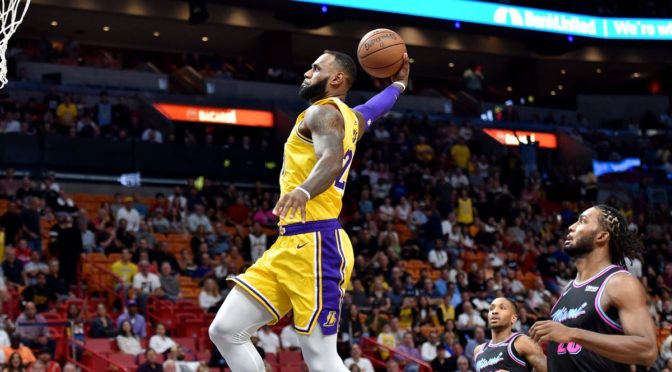 The All-Star break is over and we’re back in business with a six-game Thursday. Here are some of the top picks for Feb. 21 including Lakers superstar LeBron James.

We expect playoff LeBron to be activated now that the Lakers are basically out of the playoff picture. Whether you like it or not, their chances would lie on how well James plays, which he is, statistically. Since returning from a groin injury, Bron is averaging 23.2 points, 10.8 rebounds, 11.0 assists but it is clear that his intensity and movement is still not there. If he does indeed ramp up the intensity, the daily fantasy points should be through the roof.

The Dubs will be meeting with the Kings in their fourth and final matchup of the season. Klay did solidly well in each of their last three encounters with at least 32 FP in each of them. He has dropped over 20 points in 5 of the last 6 so I think he will still be hot against a favorable matchup against the Kings. I look at him as a stud but his salary is middling, so Klay could be a low-risk, high-reward bargain selection.

Love is still on a minutes restriction but I couldn’t help but tap him as a must-start against the Suns. He was able to muster 14 points and 9 rebounds in just 15 minutes the last time he saw the court which means if he gets to 20 minutes Thursday, we will probably see a double-double on the cheap.

Speaking of doing well despite a minutes restriction (well, sort of), LeVert is ahead of K-Love in that regard. He has strung two 30+ fantasy point games in 2 of the last 3 games culminating in a 12-point, 7-rebound, 9-assist performance against Cleveland.

Johnson’s tenure with the Suns is off to a bad start but a lot is going in favor of him. That includes his high playing time, they will be facing Cleveland, and he has a chance to rest that bum ankle that gave him trouble last week.

Tucker will provide something that you can’t find on players with low salaries: consistency. He has topped at least 20 fantasy points in each of his last eight games and will probably do it again, whom he had a near-40 FP game against last January 19th.

We know the drill with Boban, if he gets at least 15 minutes with Joel Embiid missing a week, he’ll be a monster.