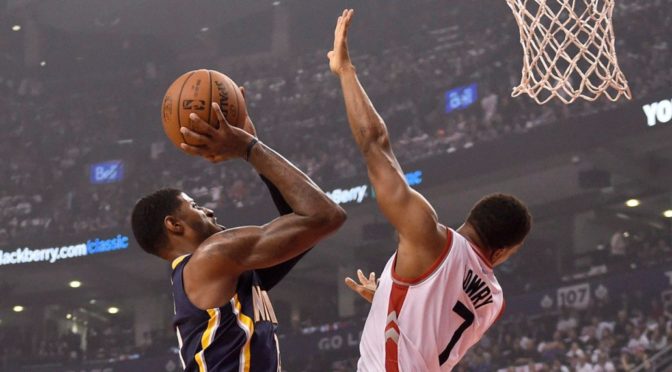 Players To Build Around:

There is no timetable yet for the return of Russell Westbrook and Carmelo Anthony which means PG is going to be busy if both wouldn’t be able to go. Regardless, George has been ultra-hot lately, averaging 33.3 points, 5 rebounds, 4.7 assists, 3.7 steals, 0.7 blocks and a total of 16 treys in the last three games.

Teague is not playing the best basketball of his career but in the last 3 games, he is actually averaging a double-double: 11.7 points and 10 assists while playing almost 32 minutes. He is kind of inconsistent, though, but Tom Thibodeau doesn’t have any choice  against an offensive juggernaut like the Houston Rockets.

There are a lot of more attractive options at center but JV wins this one out because of the combination of consistency and value. He had 5 double-doubles in the past 10 games and had at least nine rebounds in 7 of those games. His playing time is only in the mid-20’s but if he produces at this rate, it does’t really matter.

The Gasol situation here is a little tricky because he was very solid against Utah (15 points, 15 rebounds, six assists, 2 blocks). Thing is, they would be playing at the Denver altitude the following night and you know how Pop is with his aging players. Still, he may still give Gasol a go with Lamarcus Aldridge on the shelf for at least another game albeit with a minutes restriction.

Lowry’s numbers are underwhelming but the Raptors are now the East’s No. 1 team with a half game lead over the Celtics. One big reason for that is Toronto’s disruptive bench, with guards like Fred VanVleet and Delon Wright playing so well and eating into the starter’s minutes.

In reality, this situation is a coach’s dream but if you own Lowry in a fantasy basketball setting, you don’t like it that much (unless you’re a Raptors fan). He is “only” averaging 14 points, 4.3 rebounds, and 4.7 assists in the past seven days in under 26 minutes a night. At that same span, VanVleet is playing 24 minutes and Wright 22.3 minutes an outing.

Dragic was held to six points against Milwaukee and appears to hurt his shooting hand sometime in the second quarter. He finished 1-for-11 from the field. The Heat will be facing a stout defensive team in Toronto so that certainly doesn’t help Dragic’s cause.

Cedi Osman, SF, Cleveland Cavaliers– He is averaging 14.0 points, 2.0 triples, 5.5 boards, 3.0 assists and 2.0 steals over the past two games as a starter and on a near-minimum salary. What’s not to like?

Dwight Powell, PF/C, Dallas Mavericks– Powell had himself a night against the Rockets finishing with 18 points and 12 rebounds. Can he keep the ball rolling?

Doug McDermott, SF, Dallas Mavericks– McBuckets is more of a punt play but it appears his coach Rick Carlisle can’t wait to play him more. He is averaging 8.0 points, 3.5 assists, 3.0 rebounds, 1.0 steals and 1.0 triples in his first two games for Dallas. Things are looking up for Dougie in Big D.