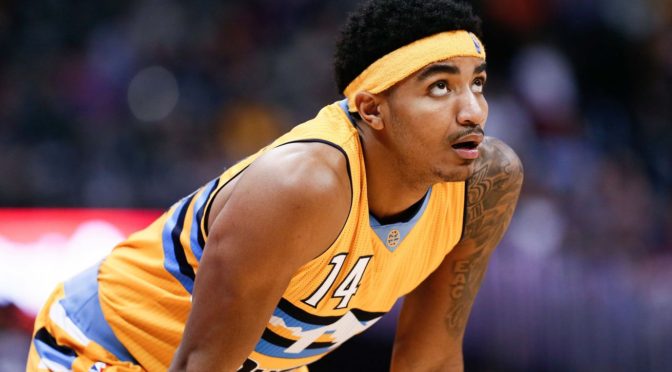 The Wizards figure in a tight race for the 2nd seed in the East so there’s no worry about John Wall not playing. Actually, the Nets are playing pretty good ball lately, too. But they have trouble stopping point guards all year and they are facing maybe the best in the conference. Easy 40-pointer J-Wall.

With Paul Millsap out, Howard is leaned upon more in the paint for the reeling Hawks. He has scored 40+ fantasy points in 2 of the last 3 games and against a Milwaukee team lacking muscle, D12 could be in for another big rebounding night.

The Nuggets is a hungry team giving their all just to get to that eighth spot which makes any– I mean ANY– of them a good play in DFS. Harris is one of the more consistent, though, and has scored over 30 fantasy points in seven of the past nine games. If the game against the Pacers will prove to be another shootout, Harris will be somewhere in the middle of it all.

There are plenty of options in the high-5000’s to 6,000’s (Marquese Chriss, Jae Crowder, Otto Porter, etc.) but I like Middleton’s matchup versus Atlanta. The Hawks are the third-worst team in stopping opposing small forwards and I don’t think that will change this time.

Portis is a hit-or-miss kind of guy but he’s averaging almost 20 fantasy points in the last 5 outings which included a really good showing against Utah. Philly is not exactly a good defensive team so Portis has a chance to show what he can do.

Speaking of Philly, some of their guys are just on a roll and Stauskas is one of them. He has made almost 42 percent of his last 36 attempts and he has played heavy minutes in the last three games as well. Stauskas has been contributing on rebounding, too, and has totaled 21 over the last five games.