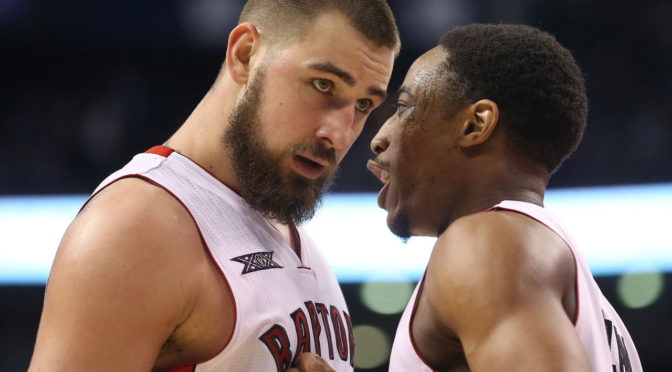 DeMar Derozan has a pretty mediocre stat line the past six games averaging “only” 34.5 points. He is still the focal point of the Raptors offense. though, and against a less-than-impressive Pacers defense, Derozan could break out and hit the 50’s once again.

The Dragon has hit the high 40’s in three of the past four and draws another favorable matchup against Portland. The Blazers are league-worst in stopping point guards and that should mean money for Dragic, who is averaging 22.3 points, 4.5 rebounds, 6 assists, 1.8 steals, and two treys in only over 28 minutes a game.

LA’s two games since an arrhythmia scare have been better than expected. Although it has resulted in two losses, it was definitely not Aldridge’s fault as he averaged 20 points, 8 rebounds, and 4 assists during that span. The Sacramento Kings are a more favorable matchup than Portland and Memphis, so expect Aldridge to be his own usual self Sunday.

The Purple and Gold is deep into their youth movement and Zubac is a primary beneficiary. Big Zu got 29 minutes vs Milwaukee and notwithstanding the 11-minute dud he came up against the Rockets, he is averaging over 32 fantasy points if he gets enough playing time. It’s a hit or miss but it’s probably a hit this time of the year.

The Lakers are letting Ingram handle all the minutes he can get, making him a decent punt play in DFS. The rail-thin rookie strung together eight consecutive double-digit scoring output including an 18-point performance against Houston.

JV’s minutes are a little up and down, partly because of Serge Ibaka’s arrival and partly because of matchups. Even so, Valanciunas is a double-double threat when he gets in the 25-minute range and even in outings where he had 21 and 23 minutes, respectively, the Lithuanian still managed to get his fair share. He’s a pretty safe bet for someone below the $5,000 threshold.