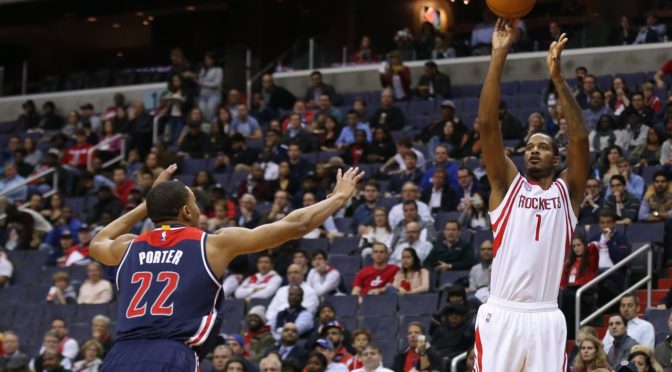 The Greek Freak is on a mission, period. No explanation needed on this one. Pick him up and be ready to roll.

Ben Simmons is doing his best Giannis impression right now and that’s good news for fantasy owners. Simmons has just the right price to complement Antetokounmpo’s high-end salary and has a high floor given his penchant to contribute across the board (except 3’s). The Pistons has had its share of troubles stopping opposing small forwards, ranked dead-last in the league through three games.

I know it’s a small sample size (Wiz only had two games) but Porter is among a handful of 40-FP night scorers in Draft Kings at a price less than $6,000! He is very comfortable playing the small ball four and looks he will tip at 36-39 minutes most nights. What’s not to like?

Jackson seems to have the inside track on the starting point guard spot for Stan Van Gundy, averaging 16.7 points, 6.7 assists, 4 rebounds, and 2 steals a night. He has struggled with his shooting so far but once that part of his game levels down, Jackson is a really good pickup at a decent price.

Ariza has been frustrating owners now but in fantasy, especially in DFS, you can’t let yourself get down on a player too long. Aside from the 7.5 FP clunker against Sacramento, Ariza has produced in the high 20’s without even reaching double-digits in scoring. Memphis is a pretty good defensive team overall, but I get the feeling TA will do well against the Grizzlies. At that price tag, I’m willing to gamble.

Collins is a little up and down but that’s not surprising since he’s still a rookie. He just picked up a double-double (14 points, 13 rebounds in 21 minutes) last night against Brooklyn so will he have a repeat against a Heat team that could be without Hassan Whiteside? Again, I won’t mind gambling given that low of a price tag.