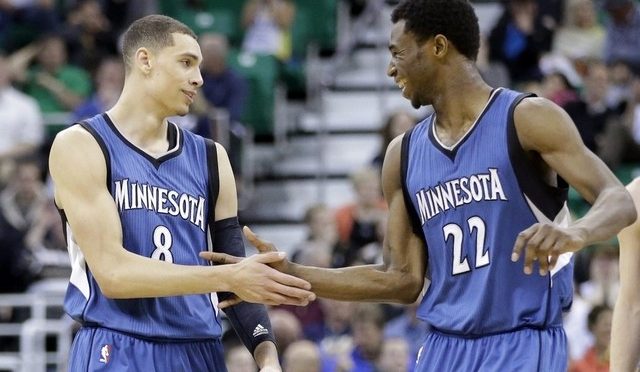 Bled is one of the higher-priced studs in the position you must keep an eye on. Notwithstanding the dud against San Antonio, Bledsoe has recorded four 50-FP games in the last six, averaging 41.6 fantasy points during that span. In comparison, Steph Curry only had a 40-FP average in the past seven games and he is $800 more expensive.

Jackson saw his minute climb up since his return and for fantasy owners, that’s a good sign. He will be matched up against who’s in the bottom half of the league in stopping opposing point guards. Jackson is worth as high as $8,000 last year so before history repeats itself, it will be nice to pick him up at a couple grand cheaper.

The Rockets are on a roll and a huge reason behind it is the return of Patrick Beverley. Since his return last Nov. 17, it’s no coincidence that Houston only lost twice during that span which includes Beverley’s 13-point, 11-rebound, 8-assist performance last night vs New Orleans. The only thing that could hold Beverley (and the Rockets in general) is fatigue but with the way the team is rolling, even that shouldn’t be a problem.

The Wolves draw the Rockets, who are on the back end of a back-to-back. As previously mentioned, fatigue could set in and this could play into the hands of the young Minny guys like Lavine. The two-time NBA slam dunk champ has a 35.7-FP average over the past 5 games, so what could he do with a full rest and against a team that just played last night? I’m already curious.

Booker’s stats has taken a bit of a hit but his Usage Rate remains high. That said, Booker remains a must-play in situations where his salary could be at its all-time low this season.

Sefolosha has cemented his spot as the Hawks starting small forward and has rewarded Mike Budenholzer with some pretty nice stat lines. Sure, nothing jumps at you but 10.3 points, 4.8 rebounds, 3.5 assists, and 3.6 combined steals + blocks translate to 28.3 fantasy points– a total value at that price tag.

That’s a bit pricey and there are cheaper options but Kevin Love is playing the best basketball of his career and they are playing the Lakers. Sounds like the best combination for another breakout!

He just had a big 45-FP night in Philly so can he follow up? Let’s see.

Looks like Plumlee has finally got it all together. He has produced an average of over 33 fantasy points in the last six games and has topped 47 FP three games ago against the Clippers. Plumlee’s nimbleness at that center spot will be critical against Golden State but on the other hand, the Dubs could force him out of the game by running every single time downcourt. The latter, however, is less likely.

With the way Adams is playing this season, you might think he’d be work more than five grand. The Kiwi is averaging almost 31 fantasy points in the past four games and if not for Utah blowing out OKC, he could have added to his totals.

5 Waiver Wire Pickups Heading Into The Second Half Of The Season - http://eepurl.com/gTBXWX