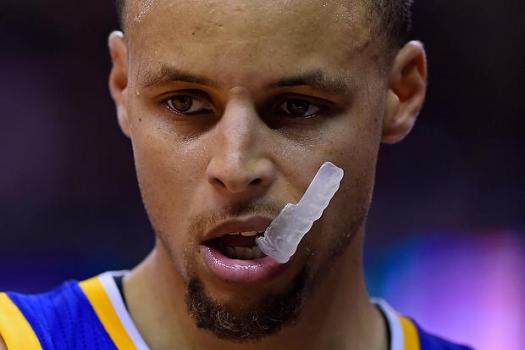 Given he’s more than $2K cheaper than James Harden, Steph Curry is a bargain here, as long as he isn’t suspended last minute for allegedly throwing his mouthpiece at an official on Saturday in Memphis. Curry is quietly averaging 29.0 ppg, while adding 5 assists and nearly 5 rebounds per game. I like a fired up Curry to go off, especially with a weak defensive opponent in the Mavericks. At this price, take Curry, and use the money saved to target better role players elsewhere.

Avery Bradley has been solid with his new team in Detroit, averaging 20.8 fantasy points per game (FPPG) for the season. He had a complete game on Friday against the Wizards, showing he can score in multiple ways; hitting threes, getting to the basket for free throws, all while guarding the opponents best player. He should have an easier time scoring tonight against a 76ers team that was exposed by the Celtics in their last game. Jaylen Brown had consistent open lanes to the hoop off the dribble, and was able to draw fouls. The 76ers gave up open looks to Kyrie Irving, helping him to his best game of the season. Hopefully Avery Bradley is able to take advantage of the same open lanes, and good looks the young 76ers have been providing.

Ben Simmons has seemingly taken over the point guard spot from Markelle Fultz, something that will probably harm Markelle’s development. For DFS players, this is a great sign for Ben Simmons’ value since he’s gotten closer and closer to a triple double each game. He’s averaging a whopping 40.4 FPPG, largely in part to the consistency he provides in points and rebounds. Six assists per game is nothing to scoff at, and given his unique role with the team, I expect it to continue.

Otto Porter provides great value at just $5,900. He’s being priced around guys like Kelly Olynyk, but Porter is coming off a 28 point, 9 rebound game on Friday against the Pistons. He added four steals, three assists, and a block. It would be crazy to expect that type of production again, but anything close to Friday’s performance could be the key to you winning tonight.

I’m always looking for guys who are likely to get more usage than usual. Frank Kaminsky fits that bill tonight since teammate Cody Zeller will be missing his second straight game. If he gets 30+ minutes again, I expect him to provide great value at such a low price. Friday he dropped 21 points, 6 rebounds and 3 assists on the Hawks. Values like his will allow you to reach for a big ticket player like Kevin Durant or Giannis Antetokounmpo.

Note: All salaries and stats are from Draft Kings