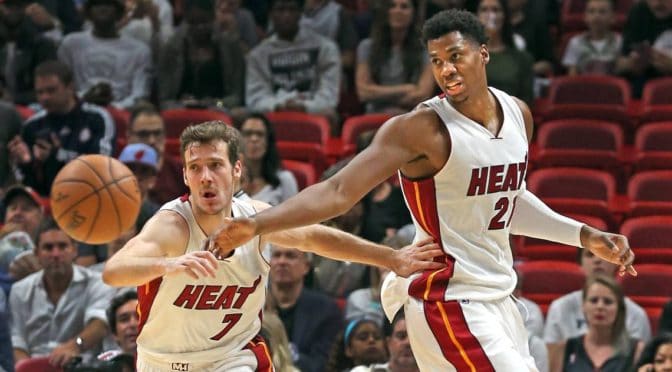 Four playoff games, for Game 3s will be on hand on Saturday afternoon, so who should be at the top of your priority list? Well, the Rockets are in no hurry to bring Russell Westbrook back after leading the Thunder, 2-0, so James Harden almost has a 100% chance to get his 50 FP. On the other hand, Oklahoma City should be playing with desperation so I think it’s a good idea to have Chris Paul or Shai Gilgeous-Alexander.

The ones that I am going to avoid like the plague would be Jusuf Nurkic and CJ McCollum, as well as Khris Middleton. The Lakers defense has pretty much neutralized McCollum and Nurk (and pretty much the Blazers as a team), so I don’t want to spend a lot of Center money on someone who has a small chance to get to the 40s. Middleton? The guy has been averaging 13 points on 34% shooting in his last 10 playoff games. He will probably catch fire at some point, but I’d like to see him do it first before cashing in.

Now here are some pretty good guys to round up your roster with:

Gordon got plenty of the usage for himself in the absence of Westbrook and he responded by getting to 30 FP. The best thing about it was he wasn’t even shooting well from the field so he got his fantasy points by contributing five rebounds, four assists, a steal, and a block. If his long balls find its mark, Gordon can easily get to the 40-FP range in this Rockets offense.

The Dragon is the Heat’s steady hand at the point and whether he starts or comes off the bench, he’s guaranteed to play 30 minutes a night. Dragic had 20-3-6 in their Game 2 win but believe it or not, that’s his worst game in the bubble from a fantasy perspective. That’s how good the guy has been.

House has been up and down in the bubble but showed how he expanded his game when the defense is too focused on James Harden. He had 19-9-3 in Game 2 and looks very comfortable with the ball in his hands.

I pretty much wouldn’t want to touch any Blazer right now except this guy, Hassan Whiteside. The best thing is, he makes a living on defense and even got consistent minutes alongside Jusuf Nurkic so that Terry Stotts can match up with the Lakers two-big lineup. Never mind his points total. Whiteside has accumulated 17 rebounds and eight blocks over the first two games with minutes in the mid-20s.

Aaron Gordon is trending in the right direction as far as his injury is concerned but according to coach Steve Clifford, he still hasn’t gotten 100% of his leg strength back. That means JE3 has one more chance to go at it again. He has been very consistent in that starting SF role averaging somewhere in the high 20s over the past three games (11.7 points, 7.3 rebounds, 1.3 assists, and 1.7 steals).