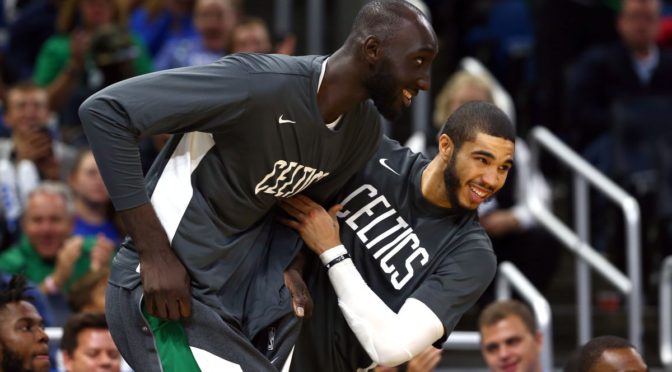 The NBA, make no mistake about it, is a tall player’s league and is traditionally dominated by men of gigantic size and height. If you’re 7-feet, there is a 17% chance that you’d be in the NBA. That’s about 243 times greater than someone at the 6-foot-6 to 6-foot-8 range, near the overall average height in the NBA!

Of course, we all know height is not everything. In recent years, guards such as Steph Curry and Steve Nash before him have run amok. Between them, four MVPs were awarded plus 13 All-NBA team selections. So, while height is one of the things that are not teachable, skill and basketball IQ are still needed to be good at basketball.

Another thing that we have to consider is that some positions in basketball are favored by height. Curry and Nash are point guards, so height in that position is not as critical. That’s why it’s essential to see what is the average height in the NBA distributed by position.

What is the overall NBA average height?

The average height in the NBA varies from season to season, but it is typically near 6-foot-7. That is pretty much the number that appears over and over as far as NBA average heights are concerned. In 2019-20, it was determined that the average NBA player is 6-foot-6.54, weighs 219.33 pounds, around 26 years old, and almost five seasons of NBA basketball experience. If you are a visual person, the average NBA player looks like Glenn Robinson III.

What is the average height in the NBA for point guards?

Point guards are traditionally the shortest and smallest players on the court. The tallest point guard to ever play is Magic Johnson at 6-foot-9, while Muggsey Bogues was the shortest at 5-foot-3.

What is the average height in the NBA for shooting guards?

What is the average height in the NBA for small forwards?

Small forwards are pretty much the ultimate average NBA player. In the modern era, small forwards’ heights are typically 6-foot-7, with the tallest recorded in the 2014-15 season at 6’8″ flat. Unsurprisingly, small forwards started out at 6-foot-4 in the 60s and improved over the years.

What is the average height in the NBA for power forwards?

What is the average height in the NBA for centers?

The center position is typically handled by the tallest players. Some of the tallest to ever play like Gheorghe Muresan, Shawn Bradley, Manute Bol, Boban Marjanovic, Yao Ming, Mark Eaton, and other giants are over 7-feet tall.

Why Are Basketball Players Generally Taller?

To answer that question directly, basketball players are taller than the general population because they have won the genetic lottery in the first place. They are already tall in the first place; it’s not playing basketball per se that makes them tall.
Let’s put it this way: Imagine a 10-year-old kid who is already 5-foot-10. It wouldn’t take long before he realizes he can score at will against other 10-year-olds. The tall kid is enjoying the fact that he can dominate basketball games, and he eventually gets to the point that he got better than his peers.
The kid’s parents saw his potential and sent him to basketball camps and bought him nutritional supplements. It wouldn’t be hard to imagine that if that kid gets all the way to 6-foot-9 at age 18 with decent skills, he can be an NBA prospect.

Final Thoughts: What is the average height in the NBA?

Basketball positions are not created equal; height is critical in some, while other positions mostly require skill.

Now here’s something interesting: According to Basketball-Reference, the average height in the NBA– which is around 6-foot-7– has not changed for the past three decades. That’s pretty remarkable since the game 30 years ago is almost unrecognizable to how it is played today.

As a basketball fan, you may have noticed that we are trending towards positionless basketball. That doesn’t mean, however, that being tall is not an advantage anymore. In fact, it is quite the opposite.

To illustrate this point, Dimitrije Curcic of RunRepeat noted that even though players 6-foot-9 and taller are declining in number, they contribute the most Win Shares in the league, and have widened the gap in the past few seasons.

What does that say to us? That statistic is telling us about the fact that a skilled bigger man trumps the skilled little man almost every single time. That’s a typical boxing analogy that applies to basketball as well. So while the average height for nba player in the NBA has not changed much over the past 25-30 years, you’d still want to be armed with inches when it comes to hardwood warfare.