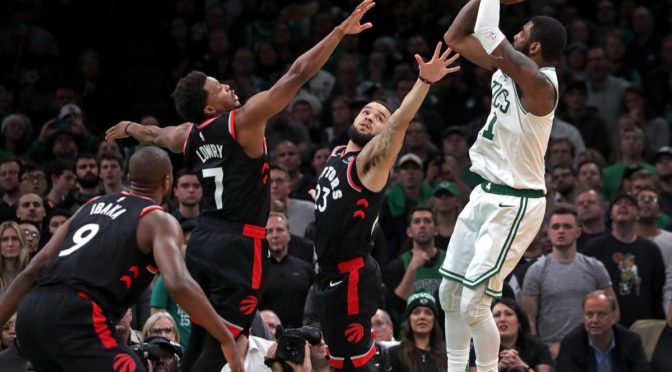 I am not a big fan of these huge slates, I like a 4-9 games. I playing a little lighter than usual tonight. Here are 4 players I am taking on DraftKings.

Steven Adams will be a problem for the Warriors tonight. Adams is averaging 15 and 10, he grabs 5 offensive rebounds a game, he is going to be a handful for the Golden States bigs. Looney gets the start tonight at Center and Jerebko is starting for Draymond who is missing his 3rd straight game. Adams’ salary isn’t too high, $7,400, he is a cheaper option than some of the monster salary Centers in tonights slate.

I want to talk a little bit about Kyrie and his future with the Celtics. Kyrie said he is planning on staying in Boston… but he also said he now believes the world is round after all. I guess what I’m saying is I’ll take my Kyrie quotes with a gigantic grain of salt. If Kyrie goes to the Knicks, who already have Porzingis, it will be a good recruitment tool to try and land Durant too. At this point, I would be surprised if Durant is with Golden State next season. I think Draymond and KD can keep it civil until they win their 3rd ring in a row, after that, Durant is gone. A Kyrie/KD/Porzingis big 3 would be awesome.

Anyways, I am playing Kyrie as one of my high salary picks, he is $9,000. Kyrie had a 43 point double double against the Raptors on Friday and had a 27 point/11 assist game against the Hornets his last outing. I’m concerned with the Celtics blowing out the Knicks and Kryrie sitting the 4th Quarter.

I like this one if LaVine is out, right now he is a game time decision. Payne is listed as starting SG and he is $3,100. I have a lineup that has three $9,000+ players and the cap freed up by Payne is the only way I can make it work. If you work Payne in, make sure you know the edit’s you will need to make if LaVine is good to go tonight. 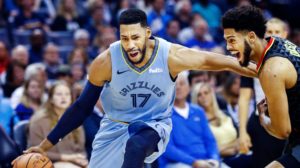 The Memphis Grizzlies are second in the Western Conference with a 11-5 record. Mike Conley is healthy, Gasol his averaging 16 points/9.6 rebounds and Jaren Jackson Jr. is going to get some Rookie of the Year consideration. The Grizzlies are one of the best defensive teams in the league too. They hold opponents to 100 PPG, that leads the league. Memphis also has one of my favourite low salary players this year, Garrett Temple.

Temple is always in the $4,000 – $4,500, perfect for freeing up salary. He is cheap but he is a starter who averages 32 minutes a game and has scored over his fantasy average the past 4 games. Tonight you can pick him up for $4,200 against the Spurs.