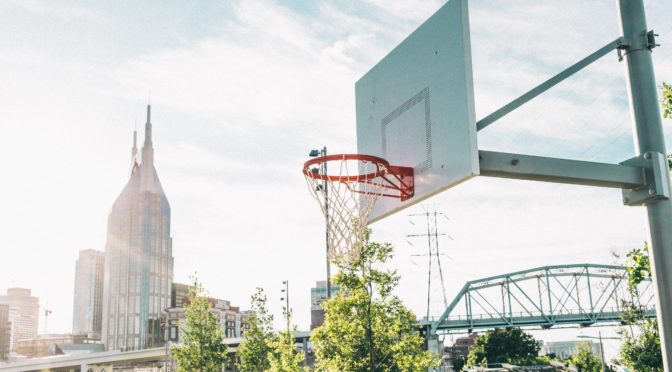 The game of HORSE is easy and fun. The rules are straightforward, and it’s a way for kids and adults to compete without a serious handicap. You don’t even need clean courts for this game, because a backyard hoop should be enough. If you’re not too familiar with HORSE, let’s see if you could learn how to play HORSE in basketball from reading this article.

Why is the Basketball Game Called Horse?

No one knows why this game is called HORSE but a possible explanation is that players who invented and participated in the first HORSE game thought a game with five shots would be ideal. It’s likely that someone just thought of the five-letter word HORSE at the top of his head. If it was me, I would have thought of another word, for sure.

A variation of HORSE is called a game of PIG. Apparently, people who came up with PIG are those who don’t have that much time and just wanted to get it over with. So instead of five shots, they just want three. PIG follows the rules of HORSE to a tee.

How Does Horse Work in Basketball?

Because of its simplicity, playing HORSE is a favorite among basketball players regardless of age. The competitors in the game of HORSE take turns attempting shots from any spot on the court. The second, third, or fourth players will imitate the shot of the first competitor.

If you are going first, the more difficult the shot is, the better since it’s harder to replicate. Some ideas to include in your shots are behind-the-back dribbles or any form of fancy ball handling. Or let those bombs go from 30 feet out. If you’re proficient with your off-hand, you can also show some ambidexterity and attempt a left-handed free throw (if you’re right-handed).

What are the Rules of Horse in Basketball?

HORSE is like the game “Simon Says” but with a basketball. To start the game, all the participants decide who goes for the first shot. There is no definite rule on how to do this correctly, so they can do a coin toss or the classic rock-paper-scissors. In any case, a fixed sequence of who’s going first, second, third, and so on should be determined.

The first player taking the shot holds the key. He can attempt a shot from literally anywhere on the court, even from out of bounds. He can also explain what his attempt is going to be, like saying “I’m going to kiss it off the glass” or “I’m going to do it with eyes closed.”

What if he makes the shot but did not satisfy the rules he stated? Uh-uh! That shot does not count. The next player then is allowed to shoot wherever and however he wants. Now, if he does make the shot while satisfying all the rules he said beforehand, then he gets to dictate the next shot. The next player in the sequence attempts the shot that the first player took, and if he misses, he will accumulate letters from the word HORSE. If a player has all the five letters, he gets the L.

The beauty of the game of HORSE is that it’s free-flowing, leisurely but exciting, and brings out your creativity. You never know what you’re capable of unless you try something crazy out there. You can also tweak the rules to keep things interesting– the possibilities are endless.

Is It Allowed to Dunk in Horse?

It depends on your rules. The participants may or may not include dunking.

5 Tips on How to Play Horse and Developing Trickshots

It’s not rocket science to know that the better shotmaker and shooter will probably win in the game of HORSE. It is also not a bad idea to practice layups and free throws with your off-hand. Those skills should also translate easily into a real basketball game.

With excellent shooting and ambidexterity, you can probably be fine at HORSE with anyone. However, if you don’t like losing, we suggest you include some trick shots in your HORSE repertoire.

The Bottom Line: How to Play Horse in Basketball

Sometimes, ballers get bored with the usual basketball once in a while. The game of HORSE is an excellent alternative to that. Skillset and level do not always matter in playing HORSE, although it is an advantage. One way to look at it is it’s a unique way to warm up, develop trick shots, and improve basketball skills.

No one exactly knows the name origin of HORSE in basketball, but frankly, I don’t care? It does what it’s supposed to, and that’s to bring enjoyment and fun to basketball. Additionally, the rules are elementary and straightforward, so even kids can join in the riot. (Just don’t beat them up all that bad, okay?)