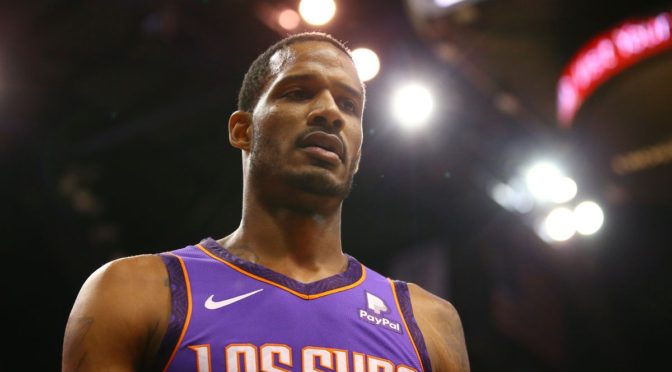 December 15th is a date of interest for many NBA teams as it marks the day that all free agents who signed with their new teams in the offseason are eligible to be traded.

After days of buzz and a botched three-team trade, a swap involving the Phoenix Suns’ Trevor Ariza finally pushed through. Ariza was traded to the Washington Wizards in exchange for Kelly Oubre and Austin Rivers. While the betting site SportsLine had the Wizards’ playoff chances up 20% because of the trade, we have other agendas in mind.

What The Trade Means In Fantasy

This is not a blockbuster trade by any stretch of the imagination but at least a couple of the players have a more positive fantasy outlook after the change of address.

That may not be a lot but Yahoo ranks those numbers 88th overall which makes him a hold in 10-12 team leagues. As horrible as the Wizards are now, they are only two games out of the final playoff spot in the East. Acquiring a guy with familiarity and experience is a positive no matter how you look at it. Expect Ariza to be more of a double-digit scorer as soon as he gets rotation minutes and that FG% should be slightly up to his career mark at 42%.

Out in the desert, you can’t do much to the clear-cut worst team at 5-24 even if LeBron is traded there. They are horrible and will continue to be. However, adding Austin Rivers is a slight upgrade over anyone that they have at point guard and that fact may give Rivers a little bit of value going forward. He has been straight-up terrible this season (7.2 points, 2.4 rebounds, 2 assists, 31% from 3 and 39% overall) but he is playing behind John Wall and Bradley Beal on the backcourt. If he gets starter’s minutes alongside Devin Booker, then he may be capable of producing in the double-digits with a slight uptick in assists and rebounds plus a couple treys. That said, if he doesn’t get minutes, then he is basically an afterthought.

The odd man out in the trade is probably Oubre. He has been playing surprisingly well for the Wizards with a career-high average of 12.9 points plus 4.4 rebounds, 0.7 assists, and 1.6 steals + blocks. However, just being the new kid in the block and the depth chart at forward (Suns already have Josh Jackson, TJ Warren, and Mikal Bridges) may do him in. He still holds top-100 value as of now but if his minutes go down in the Suns rotation, don’t hesitate to pull the plug on Oubre.