The Kentucky Fantasy Carriers or simply known as the KFC of fantasy basketball. What a start for these Kentucky Alumni to the fantasy basketball world in this years NBA 2014-2015 season. UK Wildcats standouts were off the charts this first 2 weeks and are still providing great numbers for fantasy owners. Today, we are going to talk about these Wildcats and their impact to the game and why they are a must own player in fantasy.

Before the NBA season started last October, Anthony Davis came from a successful international competition with the USA Basketball (USAB) team which he helped to win their second championship in a row against the tough Serbian team in the last FIBA world cup finals. That experience elevated his game even more into superstar status and he did not waste any time by showcasing what he developed on their first game this season on opening night match against the Magic. Brow was simply a beast and was a block away shy from triple double posting 26 points, 17 rebounds, 9 blocks, 3 steals and 2 assists. It did not stop there, Davis again posted remarkable numbers of 31 points, 15 rebounds, 3 blocks, 2 steals and an assists against the Mavericks the following game. Davis is the real deal, he will again show why he is arguably the best basketball player in fantasy. Barring from injuries, expect Anthony Davis to be a beast all season long. 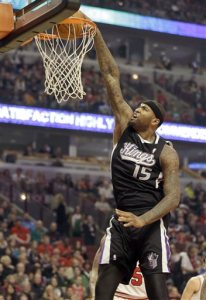 Also known as “Boogie”, Boogie also came from a successful outing with team USA in the last FIBA World Cup. The Sacramento Kings had some key losses in their roster, namely the “Pizza Guy” Isaiah Thomas, who signed with the Suns last summer. Although the Kings were able to sign rising point guard Darren Collison, DC’s impact scoring wise is far more inferior than what it was when Thomas was with the Kings last season. Collison also is a pass first point guard which will give Boogie more touches inside the paint and that will result to more touches per game, hence more stats to fill. 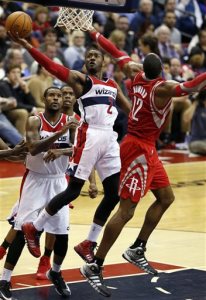 John Wall, the former 2010 1st overall pick and the all-star point guard of the Washington Wizards. With no Bradley Beal (hand), the Wizards’ point man needed to provide more than what he was asked for. John Wall was simply exceptional this past two weeks in fantasy basketball. Wall currently has 4 double doubles in his first 5 games of the season averaging 21.4 ppg, 10 asg, 4.2 rpg, 2.8 spg, and almost a 3 point shot per game. His performance shows that he is ready to take his game into elite level on a consistent basis. Expect him and the Wizards to do well even without Beal with Wall continue having performances like this on a nightly basis.

He’s BACK!, Rondo is back to his old self. First game against the Nets, Rondo posted a double double scoring 13 points and 12 assist with 7 boards. 2 games after he again posted a near triple double scoring 7 points, 9 rebounds and 15 assists. After that game, we were all expecting to see a triple double sooner or later in this young NBA season and Rondo did not disappoint. The following game Rondo made it happen, and did his first triple double of the season scoring 13 points, grabbing 10 boards and dishing 15 assists in a loss against the Raptors. If Rondo stays healthy all season, then Rondo will continue to provide the same type of numbers every single night. 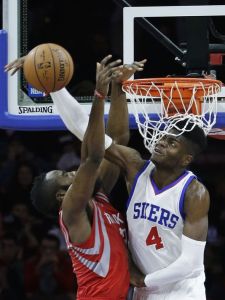 Noel missed the entire season last year due to a knee injury, and this season is officially the start of a new chapter of his young NBA career. Noel is still not known for his offensive game but he is well recognized as a dominant defensive big man from Kentucky and he did not waste time in showing us some glimpse of what he can do on the court during last summer’s NBA pre-season. It did not take long for Noel to let the rest of the NBA know that his defensive capability is legit during the Sixer’s first game of the season against the Pacers. Although he only scored 6 points, he did grab 10 boards and swatted 3 shots. Noel is averaging 7.2ppg, 5.8rpg, 1.8bpg and 1.6spg and in time, these number will be a lot better and consistent. 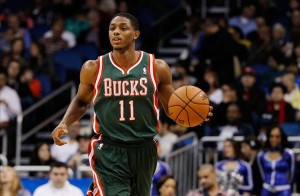 There were lots of rumors about who will be the starting point guard of the Bucks on opening night for this 2014-2015 NBA season, and Brandon Knight ended all those rumors with his great performances this past two weeks. Knight has been a fantasy stud averaging all star like numbers of 18.4 ppg, 7.2 rpg 7.2 apg and 2 spg. Yes that is not a typo, 7.2 rebounds per game for a point guard. Knight continues to do great under their new coach Jason Kidd and although the rebounds will probably not stick, but those assists and steals may. 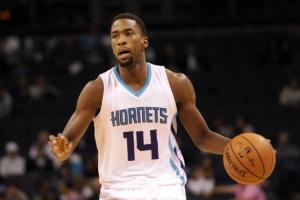 MKG, last season and the season before that were not great. He wasn’t even in any of the owner’s fantasy radar in most standard leagues, but this season was different. MKG started the season on a mission right until he got hurt. His first game against the Bucks was sub-par but it was a great start for him compared to his usual statline where he posted 17 points, 8 rebounds and 3 blocks. The following game against the Grizzlies, he posted his first double-double scoring 11 points and 12 rebounds. MKG is a good stash type of player if you can spare a slot for him. This year is the 3rd year in the NBA for MKG, and it maybe his break out year.