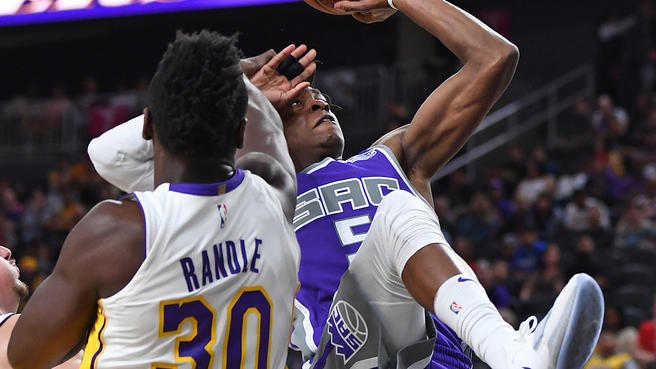 With key players out (Jrue Holiday) and status uncertain (Anthony Davis and Elfrid Payton) coming into Thursday night, Randle will go and handle a heavy load against Sacramento. The Kings are not a good defensive rebounding team making them vulnerable to Randle’s bully ball inside. If that happens, the former Kentucky Wildcat is looking at a big, big night.

Meanwhile, Sacramento will be looking at the Pelicans like they are a huge piece of gourmet meat. The lowest opponent’s points they have allowed for the whole month of March is 112, which happened twice. Needless to say, the Pelicans have issues on the defensive side of the ball and a Fox and company will be looking to capitalize on that. Fox has dropped at least 40 fantasy points in four of the last five games.

LNJ has been a roto treasure storehouse since his return, averaging 4.8 assists and 2.3 steals, in addition to 12 points and six rebounds. Available rebounds are scarce with Kevin Love in the picture but gladly, Nance Jr.’s game is well-rounded enough that he still registered at least 30 FP in three of the last four.

If I have to choose one center between Nance and Bam, I’d choose Bam. He is now the Heat’s clear-cut starter, can score, rebound, and contributes defensive stats. The underrated part of his game, though, is his passing. He has averaged 4.4 assists over the past five games while recording 10.2 points and 10.2 rebounds. The 1.4 steals and a block per game during that same span is not that shabby, either.

It took a while before Bogdan adjusted to his bench role but he has come along nicely in the past two games. He was good for 15.5 points, 2.5 rebounds, 4.5 assists, and a steal in that span. As previously mentioned, New Orleans is giving free lanes to the basket lately and that could mean very well for Bogdanovic and the Kings in general.

With Frank Jackson in the concussion protocol and Elfrid Payton questionable, Clark will have to play a considerable amount of minutes for the Pels. He will be a nice streaming option as a minimum rate bargain along with Milwaukee’s Sterling Brown and teammate Christian Wood.