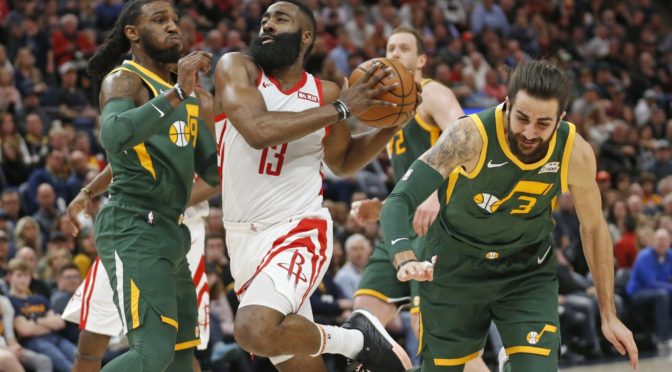 Now, who would’ve thought? JV has been tearing it up as of late, dominating his last three opponents to the tune of 25.3 points, 17.7 rebounds, 2.3 assists, and 2.3 blocks. He will be facing Steven Adams so temper your expectations a little bit but the Grizzlies doesn’t have too many options on offense. JV has a 40-50 FP upside every night.

I’m not sure we will see a 50-FP game from Jimmy Butler for this ultra-talented Sixers team but hey, I’m going to settle for 45. He has averaged 23.8 points, 5.2 rebounds, five assists, and 1.8 steals over the past five where he dropped at least 45 fantasy points four times.

Grant is averaging 18.3 points and nine rebounds over the past three and has played at least 36 minutes in each of these. The opportunity should be there for Grant with the Thunder missing Nerlens Noel.

Don’t let the last outing fool you. It was a blowout so Rubio had to sit down. Before that, Ricky was averaging 12.3 points, 3.3 rebounds, 8.7 assists, and 2.3 steals, hitting at least 31 FP a night. We just hope Phoenix make this competitive enough or Rubio gets hot with his shot and playmaking early.

OK now, Parsons is on the fantasy radar after spending forever on the injured list. Again, like Rubio, their last game was a blowout so head to sit down. But before that, he was averaging 14.6 points, 5.7 rebounds, 3.3 assists, and 1.3 steals in three games.

Crowder is a feast or famine kind of guy where he can be really solid three nights and score 5 fantasy points on one. Phoenix is a favorable matchup so Monday could be his night.