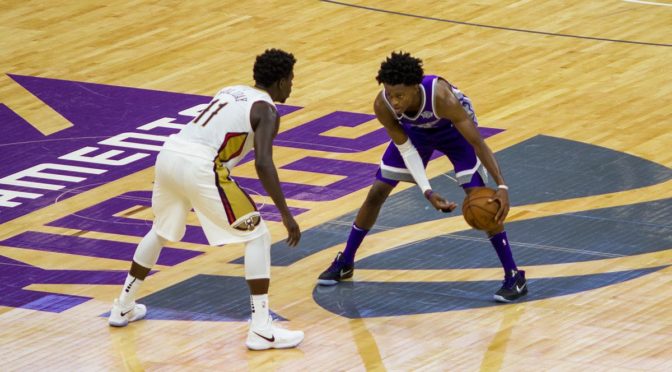 I hope you did your diligence last March 9 and checked the availability of your guys. Turns out the Bucks gave this game away by sitting out four of their five starters and one of their most dynamic players coming off that bench, including three in my suggestions. That said, all of the picks I gave other than the grounded Bucks did absolutely well.

Again, if you did check the lineups before the games, adjusted accordingly and built around the active players I suggested, that there, my friends, is a good place to start.

Here are more for March 11:

A personal favorite, I am including Bam Adebayo here without batting an eyelash. His stat-stuffing ways means he can contribute in so many ways.  Going up against one of the worst interior defenses in the league in Charlotte, is a Bam Bomb waiting to happen.

Who gets the nod behind Adebayo is a bit tricky but I will go for De’Aaron Fox ($7,800 at DK, $32 at Yahoo) against the Pelicans. That said, I will be tempted to tap the services of Jrue Holiday ($8,200 at DK, $35 at Yahoo). Jrue already had two plus-60 FP games in the last four, so he’s obviously someone with a higher ceiling. Fox is a little more consistent, in my opinion, with nine consecutive games of at least 35 FP at DK. Holiday had a sub-30 FP and a 33 FP game during the past 10.

However, at Yahoo, I may be choosing Holiday over Fox because of positional reasons. Jrue is slated at SG, a position of rarity, especially in a platform that only allows one position for each player.

Barton will make another appearance in here and it has something to do with his production and salary. Sitting at $6,200 at DK and only $21 at Yahoo, Barton is averaging 17.5 points, seven rebounds, three dimes, a block. and two steals over the past two games.

If Mitchell Robinson is healthy, I will consider him here. Although Robinson haven’t had an explosive run lately (partly because of an illness), he is averaging 18.5 points 12 rebounds, two steals, and 2.5 blocks in two games vs Atlanta this season.

I’d love to have consistency in here and Harrison Barnes ($5,000 at DK, $18 at Yahoo) is just perfect. He does nothing excellent but does everything good, exactly the reason why he is putting up 27 FP in the past five games at DraftKings.

If I can squeeze someone in here, I’d go for Goran Dragic. The Dragon is primed for additional workload with both Kendrick Nunn and Jimmy Butler questionable going into Wednesday night.