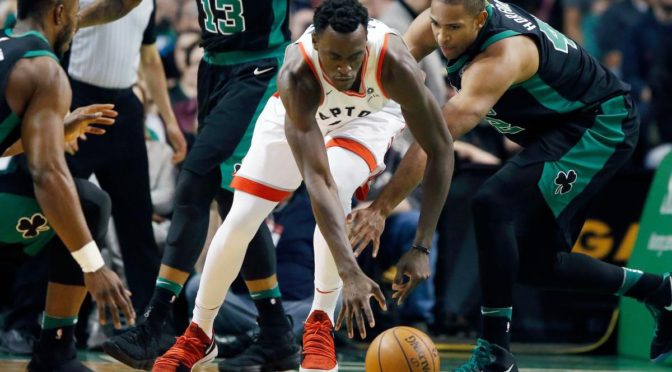 Horford’s numbers are never eye-popping but more so this season. He hasn’t had double-digit rebounds since October 20 and his season-high in points is only 19. So why would you pick him up to start for your DFS roster? Because his best fantasy game came against the Raptors on October 19th, where he amassed 14 points, 10 rebounds, and nine assists. A matchup against the best of the East may ignite some fire for the veteran. Plus, his modest salary certainly doesn’t hurt.

A matchup against the Grizzlies is something most NBA players don’t like but hey, De’Aaron Fox is not most NBA players. He has been really good the past three games (18.7 points, 4.7 rebounds, 6.3 assists with 9 total steals + blocks). He also had a total of 7 three-point makes during that span. His line in an October 24th matchup against Mike Conley and the Grizz tells me he’ll be just as fine this time around (21 points, 8 rebounds, 6 assists).

Siakam has been on a roll this season with his value primarily on points. His 69.4 TS% is elite and has three 20-point games over the last six. His rebounding is a little light but he contributes a little in the assists department with 1.7 steals+blocks, making him an underrated fantasy star for the Raptors.

Ryan Arcidiacono, PG, Chicago Bulls– Appears to be Fred Hoiberg’s choice as the starting point guard until further notice, he has averaged 10.8 points, 5 rebounds, and 3.3 assists over his last four games.

Wilson Chandler, PF, Philadelphia 76ers— Chandler played really well as the Sixers starting PF scoring 14 points and grabbing 4 rebounds in 23 minutes. Philly’s new Big 3 commands lots of defensive attention so it may only be a matter of time before we see the Wilson Chandler of old. That said, he is nothing but a punt play as of now.

Ed Davis, C, Brooklyn Nets— Possibly Davis’ last foreseeable chance to start with Jarrett Allen back on the weekend, he should make the most of his opportunity. He has averaged 12.5 rebounds over a two-game stretch.