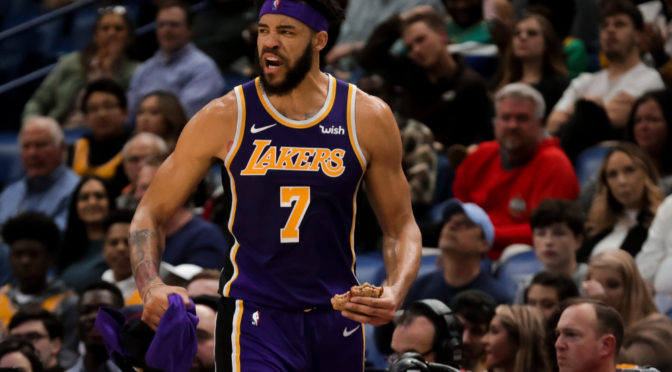 Finally! After months of waiting, probably the most exciting NBA season in recent memory comes around. NBA Tipoff 2019 starts with a two-game slate featuring New Orleans and Toronto and the Los Angeles heavyweights, the Lakers and Clippers.

Who will provide the best value come Tuesday? Here are some players to consider:

Choosing who to get for your “max” money is relatively easy and in this two-game slate, you can choose among Anthony Davis, LeBron James, Kawhi Leonard, Jrue Holiday, and Pascal Siakam.

The best money is on AD, who will undoubtedly be ecstatic to show what he can do in front of L.A.’s star-studded fanbase. Davis messed around and almost got himself a triple-double in the last preseason game so I think he is obviously the best option among the crop.

His role, his salary, his potential to stuff the stat sheet– Lonzo Ball’s situation in New Orleans is a beautiful thing for his fantasy prospects.

Lonzo will be the Pelicans primary table-setter and with Zion Williamson out for the foreseeable future, he will also have some nice scoring opportunities as well. Per 36 minutes, his preseason numbers translate to 14.9 points, 5.7 rebounds, 8.6 assists, 1.6 steals, 0.6 blocks, and three treys made per game.

Speaking of Zion being out, the offensive load he leaves behind will fall on Ingram’s shoulders. And it’s not like he hasn’t done that before.

The two will likely split minutes with Howard backing up JaVale so I expect similar stat lines with the slight edge on McGee. They are both under $5,000 so they could be absolute bargains at that price since both can give you 10-12 points, 8-10 rebounds, and around 2 blocks in limited minutes.

The Clippers are going to be stacked but with them lacking versatile big men, Harkless could have some serious run on tipoff. Another thing is, Harkless seems to really like playing against the Lakers as a Trail Blazer, averaging 16.5 points, seven rebounds, and 3.5 blocks in two outings (all wins) last season.

NAW had himself an impressive preseason, averaging 30 points, 5.1 rebounds, 7.8 assists, 1.6 steals, and 0.8 blocks per 36 minutes. Will Alvin Gentry trust the rookie enough to give him meanigful minutes on the very first game of the season?

Note: All prices are from DraftKings