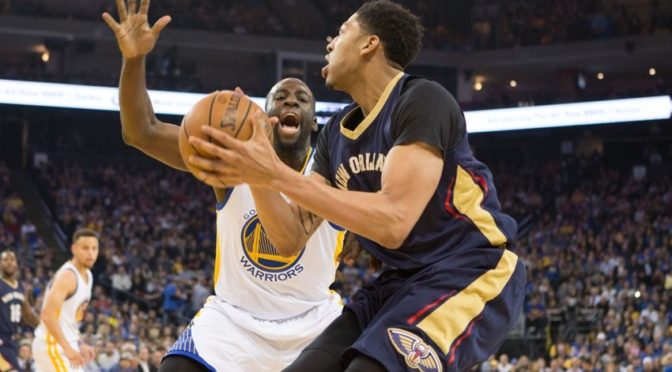 Player projections in fantasy basketball are not an exact science. No matter how experienced or inexperienced you are, something is always going to go wrong, whether it’s good or bad. The latter, though, are the ones we don’t want to see but letdowns are just a part of fantasy basketball as it is in life. Here are the 9 Fantasy Basketball Disappointments In 2018-19 Season:

Davis is still ranked No. 1 for his body of work for the season. It was all well and good– until AD demanded a trade and when the Pelicans did not want to trade him, he was demoted to purgatory playing 20-25 minutes a night and sitting out entire fourth quarters.

Over the past month, he is just No. 59 in the rankings by Yahoo averaging “only” 16.9 points, eight rebounds, 2.6 assists, a steal, and two blocks in just under 23 minutes a night.

If you picked AD the No. 1 overall in your league, be ready to absorb the blow and just roll with it. And by rolling with it, I mean, just get ready for the next season.

As much as I like Green in reality, it seems like his stats make him a fantasy liability. His numbers are well-rounded enough but they are all down, especially in the past 30 days. He is just 7.5 points, 5.6 rebounds, 6.4 assists, a steal, and a block over that span and missed 15 games in the season. If somebody scooped him up in the fourth round of drafts, you must be beating yourself up right now.

Spyda’s overall play is picking up lately but the efficiency in his second year took a dip. Free throw, field goal, and three-point percentages are down, and he has not had a steal in six of the past seven games. He is ranked No. 63 for the season but his draft position is on the second round so that’s a lot of ground to cover for the owners who picked him early.

In danger of missing the playoffs for the first time in his career since his rookie year, James is having one of his worst statistical seasons. Sure, 27-8-8 plus 1.4 steals and blocks look nice but the efficiency is dipping. His 19.4 shot attempts a game is the highest since 2010-11 but his FG% is his second-worst since 2011-12. His FT% is also the second-worst clip over his career and has also missed 18 games total this season. If the Lakers miss the playoff altogether, he is a candidate for a shutdown so, there’s that risk. Anyone who picked him in Round 1 could have done a lot better.

Ranked 74th for the season and 153rd overall inside 30 days? No, that’s not Mo Speights I’m talking about (if he’s still in the league) but 1st-time All-Star Ben Simmons.

Of course, the numbers are not bad– 17-9-8 for the season with 1.3 steals and 0.7 blocks– but he still could not shoot threes and free throws. He hasn’t made anything from beyond the arc all season and has shot under 60% from the stripe on 5.5 attempts. As you can see, Simmons is not your guy unless it’s DFS or points leagues. If you’re doing roto, stay clear.

I would not like to call someone who averaged a triple-double for the season a “disappointment”, but most of us are expecting improvements on his efficiency in his 10th campaign. Lo and behold, it got worse!

He is shooting 42% on almost 20 attempts a game and a career-worst 65% from the charity stripe.  And did I mention he still turns the ball almost 5 times a game? Even with the ungodly numbers in points, rebounds, assists, and steals, Westbrook is just ranked  34th overall in the season, a far cry from the projected first-round value in the pre-season. The bricks he has been laying all season are haunting his owners.

Gordon is so talented, so athletic and yet so inconsistent you want to pull your hair out sometimes. He is supposed to be a late third/early fourth round option but is barely hanging at No. 99 overall in the season. His averages are not bad– 16 points, 7 rebounds, and 4 assists– but with his natural abilities he should be shooting better than 44% and averaging more than 0.7 blocks a game.

Like Gordon, Murray is supposed to take a leap. He is projected to produce late third/early fourth round value but is ranked No. 84 right now for the whole season. A lot of that can be attributed to the talent Denver has but he should at least improve on his 43% clip from the floor.

I know it’s unfair to put undue pressure to the rookie, but for someone as physically gifted as Mo Bamba, we sure hope he could at least push Nikola Vucevic for minutes a little bit. He is averaging 6 points and 5 rebounds, and while 1.4 blocks are nice, he is not even efficient. He is just shooting sub-50% from the field and sub-60% from the line. Bottom line is, he is just too raw to contribute right now and I don’t know if the Magic could be patient with him much longer.