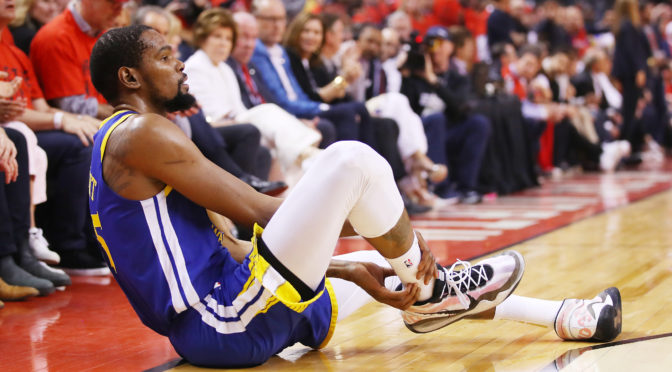 The NBA Finals Game 5 has been a roller coaster of emotions. With two minutes and change left, it looks like Toronto is on its way to take home the Larry O’Brien trophy before Steph Curry happened. And early in the game, Kevin Durant will be missing the rest of the Finals plus many more months after that when he suffered an Achilles injury.

That said, let’s take a look at some of stats and facts from the NBA Finals Game 5:

Kevin Durant got one of the best playoff runs we have seen before it came to a halt in Game 5 of the Rockets series and an abrupt end in the NBA Finals Game 5.

The Klaw only needs 51 points to pass Michael Jordan for the most points scored in a single postseason. He may need two games for that record, though.

And that’s for the most three-pointers in an NBA Finals by a road team with 20 treys in Game 5. The previous record was 17 by the Warriors in 2016 which was matched by the Raptors earlier in the series.