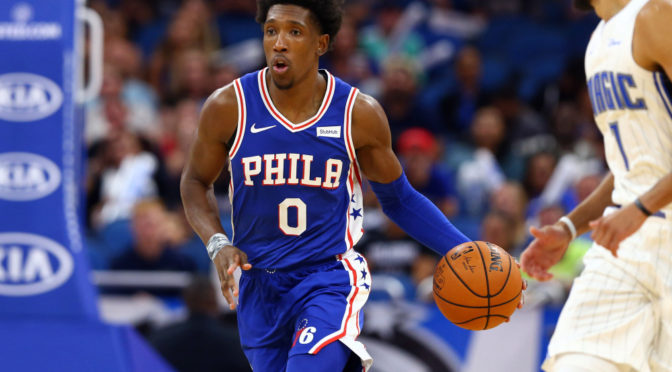 I know there were only 13 games played out of a gazillion more to come but for a stathead like me, I couldn’t help but feel giddy. After all, it’s about time to overreact.

Here are 5 of the weirdest and most amazing stat lines to start the season:

The Jazz got the win alright, but no thanks to Mike Conley and his pathetic shooting performance.

He shot only 1-for-16 in his first real NBA game in a Jazz uniform adding five assists and two turnovers in 27 minutes of action. Conley was never one to be relied upon to help you in FG% (under 44% last season) but I felt like I could have shot the ball better than he did. OK, maybe not, but you get the point.

However, with these kind of stat lines, there is nowhere to go but up, therefore fantasy owners just need to be patient with our guy.

Sometimes, preseason and summer league stuff ain’t no fluke. I just realized that thanks to Kendrick Nunn.

After setting something of a Heat record in a 40-point preseason explosion, Nunn put on a show in the Grizzlies blowout with 24 points, two rebounds, three assists, and two steals. Color me surprised but let me say one thing: We may never see another outing like this from Nunn once Jimmy Butler returns.

The forward out of Kentucky set a record by drilling SEVEN threes against Chicago last Wednesday, the most in an NBA debut. It only took him five preseason games to show James Borrego he deserved to start over Nicolas Batum, so we will definitely see more of him in the upcoming games.

50 points, we know, is a lot but what’s more remarkable is that Kyrie Irving broke a 35-year old record set by Kiki Vandeweghe in 1984. By scoring 50 in his first ever game of the season with a new team, Uncle Drew supplanted Vandeweghe’s 47 for Portland (versus Kansas City) on Oct. 27, 1984.

Out of all players who saw action for over 30 minutes in the first two game days, who recorded the highest Net Rating? Answer is: Josh Richardson.