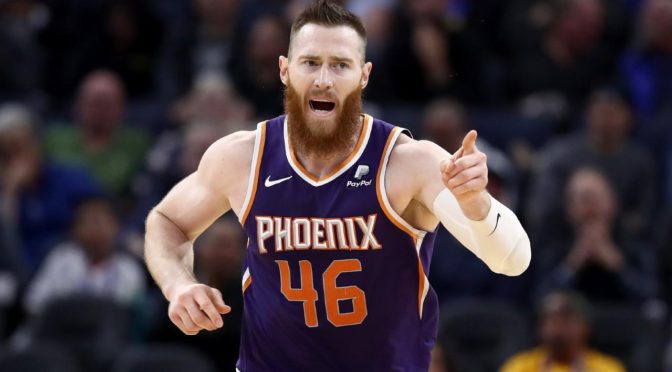 It pays to be patient in fantasy basketball but if you can manage to squeeze in a transaction or two to bolster your chances, then why not? Here are some of the names you should look at the waiver wire.

The Wizards have close to nothing when it comes to guard play allowing Isaiah Thomas to do anything he wants within a 20-minute limite. In the two games since he came back, IT is averaging 16.5 points, 2.5 rebounds, and 7.5 assists with SIX total threes in that span.

Thomas is only rostered in over 13% of ESPN leagues while he is slowly creeping to the 50% mark on Yahoo. Remember, assists is the hardest category to recover from, something that IT can pile on as he has shown in his Celtics days.

Baynes’ will have value as long as DeAndre Ayton (suspended) is out but for him to produce this way over the last four games is a pleasant surprise. Over that span, the Aussie big man is good for 16.3 points, 7.8 rebounds, and 3.5 assists with 5 accumulate blocks.

Ayton is spending the fourth out of a possible 25-game suspension so Baynes’ value is only in the short term.  Baynes is available in 65% of Yahoo leagues and 91.6% on ESPN.

Hill is currently flying under the radar as a multicategory contributor for the Memphis Grizzlies.

While nothing stands out in his numbers, it is noteworthy that he is the only bench player so far that averages at least 4.5 rebounds, 1 steal, 0.5 blocks, and 1.5 threes made per game (according to NBA Stats). He is doing all that work in only 18 minutes plus he shoots over 63% from the field.

Hill is available, believe it or not, in ALL of Yahoo and ESPN leagues.

DHJ is a big part of the Rockets, carving a role as the mini- PJ Tucker out there in the perimeter. His value mainly lies on him making the deep shot (2.8 treys made per game) while the rebounds (5.5) and defensive stats (1.8 steals + blocks) is something you don’t often get from a wing guy.

House is available in over 80% of Yahoo leagues and 98% of ESPN leagues.

Graham is only available in 40% of Yahoo leagues and in over 70% of ESPN leagues so if you see him floating in yours, give him a roster spot. ASAP!

The guy is leading the Hornets in scoring (16.4), assists (7.6), and 3PM (3.4) in 29 minutes off the bench. There is no way he is going to keep up the scorching hot 51% shooting from deep but anywhere near those numbers are still extremely valuable.