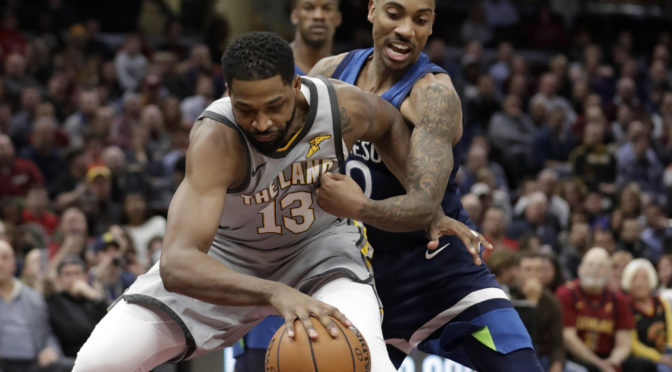 Parker is piping hot right now, dropping 20+ in three straight and four of the last five.  He is also contributing 8.6 rebounds, 3.6 assists,  and a steal over that span. He is definitely on a groove right now and now is the best time to take advantage of Parker’s resurgence because one Lauri Markannen and Bobby Portis are healthy, minutes should be harder to come by.

Anthony Davis may not be able to play once again, leaving Randle the responsibility to hold the fort inside. Ju has been piling up double-doubles, having such numbers in eight of the last nine and quite honestly, even if AD is there, Randle will still be able to get his fair share.

Rudy has been quietly very solid this season averaging 15.8 points, 7.1 rebounds, and 2.3 assists in his last seven outings. The Bulls defense really isn’t much so Gay should take advantage of his matchups Monday night.

The Cavs are on a winning streak and Thompson is a big reason why. He has been collecting rebounds like candies lately, averaging almost 17 over the last three, along with 16 points and 2 steals. The Cavs have been playing well enough to NOT get blown out even in their recent losses, so the chance to produce is all there for TT.

Another player who is trending upward after a dismal start, Teague dropped 18 points, four rebounds, and five assists on Chicago the last time. Teague will have a favorable matchup against Cleveland which will likely lead to an above average statistical game for the former two-time All-Star.