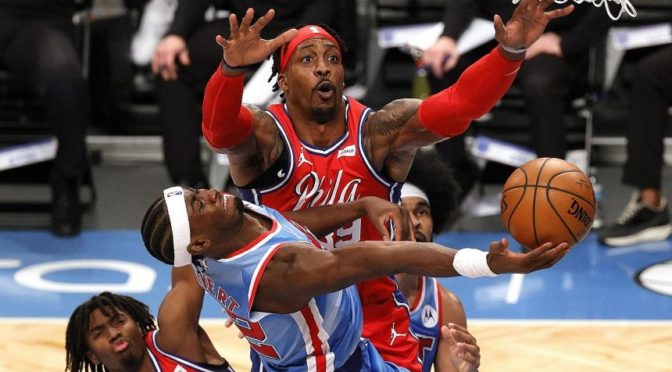 I did offer 5 bargain options for last night with mixed results. If you happen to take up the cue and start Theo Maledon and Robert Williams, you must have won your league. Maledon had 11 points, four rebounds, and nine assists (although the lack of defensive stats is a bummer) while Timelord swatted six shots on top of two points, four rebounds, four assists, and a steal.

The other picks were Elfrid Payton, Shake Milton, and Terence Davis II and it was TD2 who flamed out in the one-point loss to Atlanta. Payton could have done more, and the same could be said for Milton, but the blowout nature of their respective games contributed to the mediocre line.

Now, for a 7-game Friday, I’ll give you 5 players who I think deserve a roster spot on your DFS roster. These players are a combination of value and salary and are most probably to come up big tomorrow night.

For the stud, I’d go with Russell Westbrook, who had double-digit assists and a total of 10 steals in the past three games. It’ll be fun to see Westbrook will the Wizards to a playoff seed (or at least a play-in opportunity) and he has the game to do so. Russ has scored over 40 FP in all of their games since Feb. 10th against Toronto.

Tony Bradley may be the starter with Joel Embiid out, and you may have something there, but Howard’s combination of efficiency, rebounding, and defensive stats make him a no-brainer. Even if you give him 15-20 minutes, he is capable of getting FPs in the 20s.

It’s not only JoJo who’s out for Philly, Ben Simmons is also on street clothes for Friday night’s tiff. That leaves scoring and ballhandling duties to Curry and Milton, and they did solid jobs in the blowout win vs the Bulls. Personally, I’d go for whoever has the lowest salary or if I’m playing Yahoo, I’d go for whoever is eligible for the SG position.

KO has produced two games in a row with Bam Adebayo sitting on the sidelines. He is good for an average of 19 points, 8.5 boards, 4.5 dimes, and 1.5 steals over the past two games, so as long as Adebayo is out, Olynyk will likely continue his string of excellent games.

The Spurs will be offensively challenged against the Orlando Magic for Friday night with LaMarcus Aldridge and DeMar DeRozan both out. That leaves Gay and Keldon Johnson on the power forward spots, but it was Gay who played more minutes than Johnson in the loss to Dallas. Knowing Pop, that will probably change on a game-to-game basis but Gay surely has the upper hand for now.