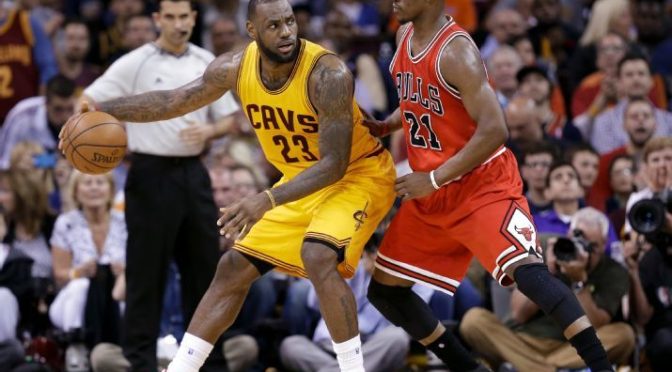 LBJ is among the highest-priced players, make no mistake about it. That is only reasonable because he still is the best player in the world, and among the top-3 in fantasy right now. Factor in the crazy atmosphere in this 2016 Finals matchup and you’ll probably see the best game James played this season. He is basically averaging a triple-double these days but expect The King to be more assertive in this primetime matchup. There are a lot of high-priced stars out there like James Harden and Russell Westbrook, but my money is on LeBron because of his high floor (if there ever is one in his case).

Butler is on a hot streak recently, 26.3 points while shooting 50 percent from the field over his last 11 games. He also pulls over 6 rebounds and dishes almost 5 assists during that same span. The Lakers sure will throw everything at him but with such a talented score like Jimmy Buckets should find his footing sooner rather than later.

Okay, now that we’ve got the big guns out of the way, it’s time to pick out some bargains. Clarkson, for one, should find his way into the starting lineup on Christmas Day because of Lonzo Ball’s shoulder sprain. He won’t give you the multi-dimensional numbers that Zo can but boy can he score. JC is putting up almost 23 points per 36 minutes so if he ever gets near that minute vicinity, it’s money.

Scott is the power forward to start in Washington and he has rewarded fantasy owners nicely the past eight games. During that span, Scott is averaging 16.4 points and 4.6 rebounds. Although we wish he should contribute in other areas more, he’s so cheap you can’t really complain about it.

Solid. That’s one word you can describe Adams. He doesn’t have a very high ceiling, but he also has a ridiculously high floor. The last time Adams did not grab at least 9 rebounds was on December 1 (though he scored 27 that night) and he has only one single-digit scoring game in the past 11.