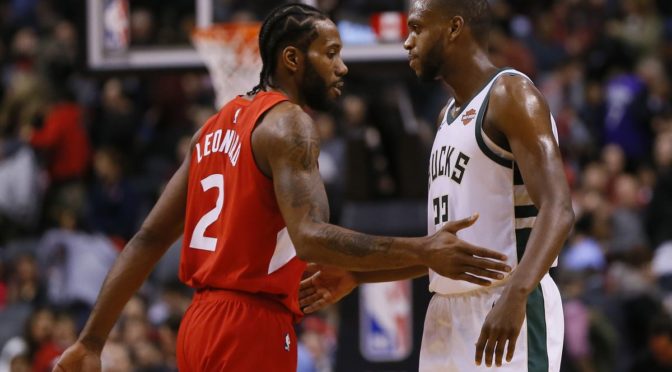 Game 1 of the Conference Finals in both the East and West has gone underway and we present you some of the most insane stats in the Toronto-Milwaukee series.

Brook Lopez was the high-point man for the Bucks in Game 1 with 29 points along with 11 rebounds, two assists, and four blocks. Before his current stop in Milwaukee, he has played one season for the Lakers as part of the D’Angelo Russell trade.

Speaking of the Lakers, Lopez has finished with more three-pointers, minutes played, and blocked shots than any other person wearing the purple and gold this season.

That’s the common narrative. People must have very high standards because SC30 is averaging 25 points, five rebounds, and five assists on an insane 63% TS% and 57% eFG%. Bite me.

After the win against Toronto in Game 1, the Bucks are now 9-1 in the playoffs.

4.) Someone else has to step up for Toronto.

In the second half in Game 1, the Raptors outside of Kyle Lowry and Kawhi Leonard scored just FOUR points. Lowry and Leonard had a combined 37.

After a hot start in the first four games of the Philly series, he has now shot only 3/22 from deep in the last four with a 51.8 TS%. Some say it’s fatigue, some say the rest of the Raptors should ease Leonard’s offensive burden. I say the latter should be worked on so the former shouldn’t happen.