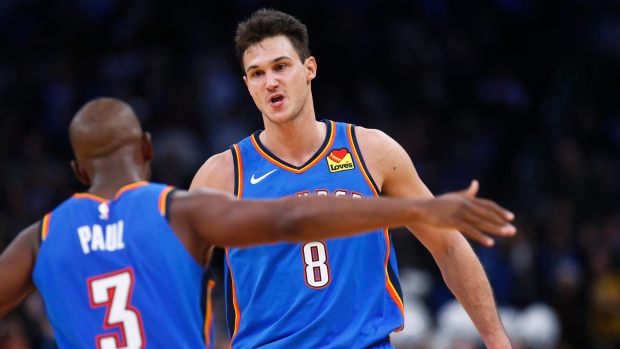 For Barton this season, consistency is the name of the game. Of the 11 games he appeared in, he only had two fantasy duds. The rest, he is averaging 16.8 points, 8.4 rebounds, and three assists plus defensive extras.

Long story short, if you’re playing a game of chance, Barton is probably going to give you good numbers than bad ones.

As long as CP3 is priced like this ($26 at Yahoo, $7,100 at DraftKings), he will be on this list every single time. Spencer Dinwiddie is a little more expensive than Paul right now, but for someone who had back-to-back games of at least 40 FP, he’s not a bad option in there.

Noel is a solid option here especially since he will only cost you $4,500 at DraftKings and $12 on Yahoo. He has also shown he can hang inside with the Lakers bigs, tallying 15 and 8 plus three steals in the last outing.

What can I say about the guy? He just puts up one gem after another and averaged around 32 FP in the last six games.

It’s either Markkanen here or Danilo Gallinari and either can explode if they can find their outside shot. However, my money is on Markannen because of the law of averages. Before the 24-point, six-rebound, 2-block outing in the last game, he was 12-for 41 from the field.

Markannen made 7 of 14 shots versus Detroit so hopefully he can keep rolling against Miami.