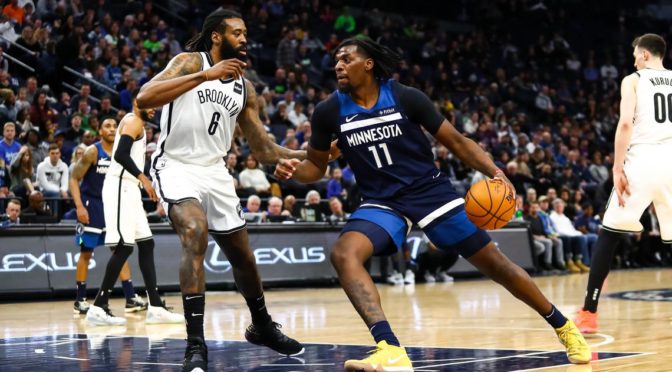 OK, Jingles gave me 39 FP so I’m pretty happy with the result along with JJ Redick‘s 27 FP on a near-minimum salary. As I have suggested, it would be best if you spend top dollar on Monday night’s crop of point guards especially Luka Doncic and/or Lonzo Ball and both kept it rolling against their respective opponents.

Doncic has recorded his 10th 30-point triple-double, the most by a 20-year old in NBA history while Ball had 21 points, eight rebounds, and seven assists for around 40 FP for the night. Luka is obviously worth north of $12,000 at DK but Ball is at below $7,000, making him a total value pick at that price.

It’s not all a bed of roses as Anzejs Paseknics only had seven points and four rebounds (marred with foul trouble once more). Al Horford reached double figures with 13 for the first time in five games (posted only around 22 FP for the night) but I’m not giving up on him anytime since especially because Joel Embiid may be out for a few games with a dislocated finger.

Here are another batch of bargain picks for Jan. 7th:

Let’s not overreact on Exum’s career performance vs Minnesota (28 points, two rebounds, three assists, and a steal). The bigger news is Kevin Porter Jr.‘s knee injury which could open up more minutes for the former lottery pick.

In six games with Cleveland, Exum is averaging 10 points, two rebounds, 1.8 assists, and 0.8 steals in under 17 minutes of play. That’s not much but if given more freedom around the offense, Exum is more impactful than you think he is.

The high-motor big man is playing the backup center minutes behind Gorgui Dieng and did not disappoint. He is averaging over 21 FP in the last six games in only 17 minutes of playing time.

Detroit has to get the scoring somewhere with Luke Kennard and Blake Griffin out and Mykhailiuk has answered the call offensively. He has scored at least 12 points in eight out of the past ten games capped by 14 points, two rebounds, three steals against his former team, the Lakers.

RHJ is averaging 12.3 points, 5.7 rebounds, 1.7 assists and 1.7 steals over his last three games and will continue to have value with Pascal Siakam out for the time being. In each of these games, RHJ is close to playing 30 minutes, ample time for him to make an impact in so many ways.

I am tempted to bring out Sekou Doumboya‘s name once again in the bargain list but I let me name five big men who deserves the top-dollar slot. It’s simply up to you to sift them out.

Anthony Davis has back-to-back 70 FP games but you have to shed over 20% of your salary to get him. Andre Drummond and Hassan Whiteside has been dominating the glass the past few weeks with Drummond having four 18-rebound games in the past 10. Whiteside is not so bad, either, with at least 21 rebounds in four of the last 10.

The more intriguing option is Julius Randle, who should be eager to play his former team at Staples. Randle was averaging 24.5 points, 5.5 rebounds, and 3.3 assists as a Pelican in four games vs the Lakers last year. He may have a little more trouble scoring against them today since the Lakers are allowing only 44.2 points inside the paint, good for sixth-best in the league.

Last but not the least, how about Steven Adams, who is averaging 13.5 points, 11.5 rebounds, 2.2 assists, 1.0 steals, and 1.2 blocks over the past five games? Adams has been healthy and dominant lately and could be the big man version of Lonzo Ball, who’s had his best stretch yet as an NBA player. He’s not a bargain per se ($6,600 at DK, $24 at Yahoo) but the potential to get into the 40’s is high especially with the way he’s been playing.