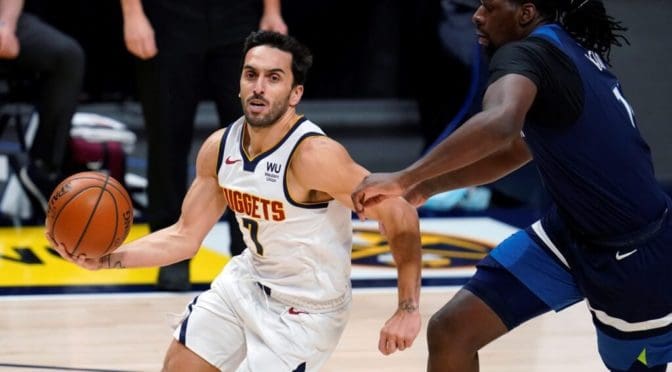 With so many injuries in the Nuggets backcourt, they are forced to lean on international veteran Facundo Campazzo in the latest string of games. The Argentine did not disappoint, scoring double-digits in each of the last three games plus a total of 12 dimes and six steals. I say that’s not bad at all.

Reddish has hit a rough stretch a few weeks back but it seems like he is over that one. He is averaging just under 16 points, over four rebounds, two assists, and a steal per game over the past three.

Bacon has become an important scoring cog for the Magic, a team decimated by injuries. He has come through over the past few outings, scoring in double digits in eight of the past nine games. If he can contribute in the other departments, that’s a win already.

Osman is consistently inconsistent, but he is putting up numbers with both Dylan Windler and Taurean Prince out for Cleveland. He can produce, but don’t say I didn’t warn you.

Zubac has actually been playing really well over the past two games averaging 15 points and nine rebounds during that span. If the Clippers hold out Kawhi Leonard, there is more usage rate to go around for Los Angeles and Zubac could be a beneficiary once again.