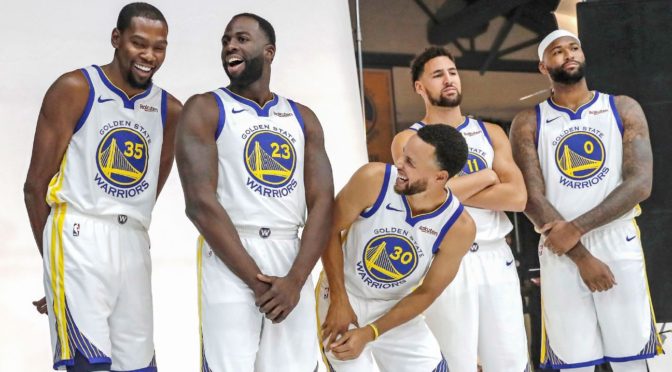 James Harden is the league’s leader for total points scored at 2,006. The second behind him is Paul George at 1,650, which is a 356-point gap. And if you’re wondering how many of those are free throws– it’s 546, which is about 27% of his total point production.

On paper, a lineup of Steph Curry, Klay Thompson, Kevin Durant, Draymond Green, and DeMarcus Cousins may very well be the best. It seems like defenses are adjusting pretty quickly though.

In their first two games, the 5-man lineup of Curry, Thompson, Durant, Green and Cousins outscored opponents by 35 points. Since then, that 5-man lineup has been outscored by 36 points (NBA Advanced Stats). pic.twitter.com/xbPJIhr4Av

Can you guess the category which has Ersan Ilyasova, Blake Griffin, and Kyle Lowry as the league leaders? Answer: Total charges drawn where Ilyasova had 39 while Griffin and Lowry have 25 and 19, respectively.

Kenneth Faried has made more threes as a Rocket (5 makes in 14 games) than his previous eight seasons (3 makes in 453 games). Could it be the Mike D’Antoni influence?