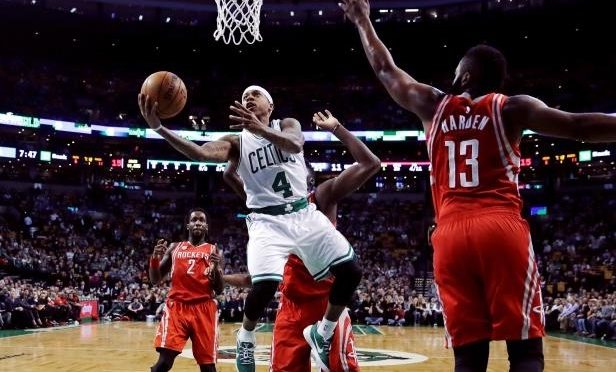 Isaiah Thomas leads the Celtics in scoring for the 35th straight game.

In the last 40 years only one other player has done that..

4. I guess we’re all going back to the Bay Area this June unless San Antonio has other plans.

With the Cavs loss to the Wizards, the Warriors have now clinched homecourt in a potential NBA Finals against everyone in the East.

5. Nothing special. Just throwing it out there.