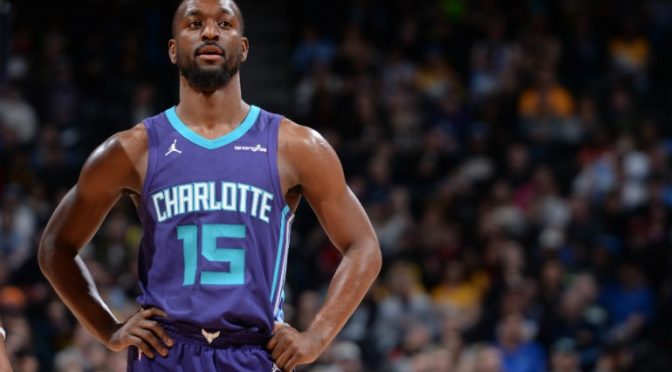 Nice 6 game slate on Sunday, here are 4 players I am going with on DraftKings.

Walker has been dragging this Hornets team on his back into playoff contention in the East. The top 4 in the East are set, the other 4 spots are up for grabs. The Pacers should be the 5th seed, but after that it gets a little crazy. The Magic have surprised early, so have the Pistons, while the Heat and the Wizards have under performed so far. It may take an MVP calibre performance by Kemba to get them into the 8th spot, but it isn’t out of the question

Trae Young is going to have his hands full with Kemba tonight. Walker has no problem driving to the hoop looking for a foul, or an alley to a big, but he can also step back and kill you with 3s all night.

$9,700 isn’t cheap, the salary is a little inflated because of his recent play, but I still think he is worth a play tonight.

Sticking with the Hornets/Hawks game, I am taking Jeremy Lamb. He is $6,000, on the higher end of his price range, but he has been playing very well as of late. He has scored 18,21,18, 20 and 20 points in the past 5 games, while scoring well above his fantasy average in 4 of the 5 games in that stretch. I like that trend to continue against the Hawks, who are the worst team in the league and give up 118 points a game.

Siakam has been a pleasant surprise this year for the Raptors. Mainly coming off the bench last season, he has been getting the start at PF this year while Serge has moved to play more of the 5. Siakam will get his points and rebounds, but he also gets steals and blocks on the defensive end. I wouldn’t say that he is undervalued at $6,100 tonight, but he is going to get a salary bump soon if he continues to play they way he has, he is still relatively cheap.

JJ is having a spectacular year for the Sixers. He has been a overlooked with everything else going on in Philly this season. He is averaging 18 points a game and close to 28 FPG, but everyone was talking about what they could get from Fultz heading into the season, then the Jimmy Butler trade took centre stage in Philadelphia and now they have said they are looking to trade Fultz. JJ has put up a career year in Philly so far and it has gone under the radar. He is $5,200 today, I am definitely taking him.