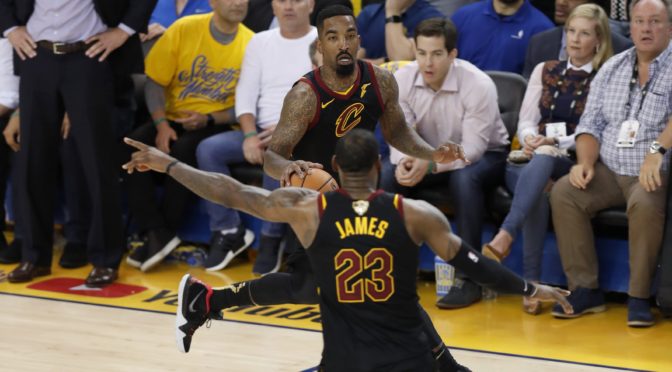 The Golden State Warriors took over in the extra period to come out on top, 124-114, over the Cleveland Cavaliers in the NBA Finals Game 1.

A combined 79 points by Steph Curry, Klay Thompson, and Kevin Durant plus the all-around brilliance of Draymond Green got the job done. LeBron James registered a new Finals-high with 51 points.

1. The Cavs Totally Deserved To Win The Game

I am not even a Cavs fan but I thought Cleveland worked hard enough to steal Game 1 on the road.  They completely owned the offensive glass 19-4 and has a chance to secure a win. However,  a.) George Hill missed a free throw and b.) this happened…

The play that decided Game 1. pic.twitter.com/e1UeOv57Rn

2. Warriors Not Quite The Same Without Iggy

The standard to be the fifth most important player on a CHAMPIONSHIP team is extremely high. That’s Andre Iguodala for Golden State.

The defending champs only lost three games in the previous 13 post-season games and were almost dethroned by the Rockets because Iguodala couldn’t play after Game 3.

Iguodala is tied with Durant for team-high in offensive rating and just a shade below  Curry and Green in defensive rating, according to NBA.com. Don’t be surprised if it will be a cakewalk for Golden State if Andre could return at some point in this series.

3. It’s not the officiating!

Point fingers all you can but I do think the referees did a decent job overall. After all, the whistle did blow off giving George Hill the chance to effectively put the game away.

And the clean strips? Maybe they weren’t THAT clean. 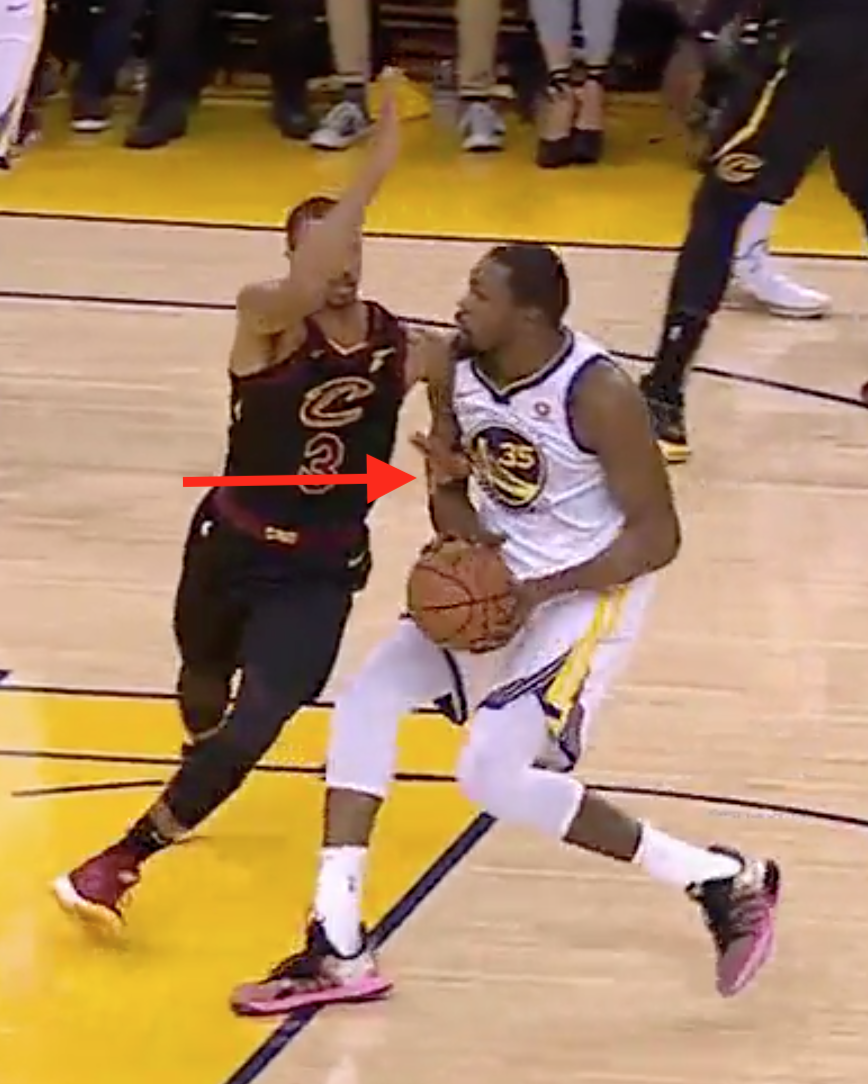 The charge that was overturned? It was clearly in the rules.

Clarity on blk/charge review: The trigger is that if in the last 2 minutes of the 4th or overtime officials have doubt whether the defender was in the restricted area. While reviewing, they may also confirm if the defender was in legal guarding position when the contact occurred.

And LeBron did slide and took the hit with his shoulder, instead of his chest.

Point is, the calls are not the reason why the Cavs lost nor will it be if it was the Warriors on the losing end here. G-Hill should have made his free throw and JR should just have just thrown it up there or called a timeout. Somehow, they didn’t do either of those things that’s why it’s 1-0 in favor of the Warriors.