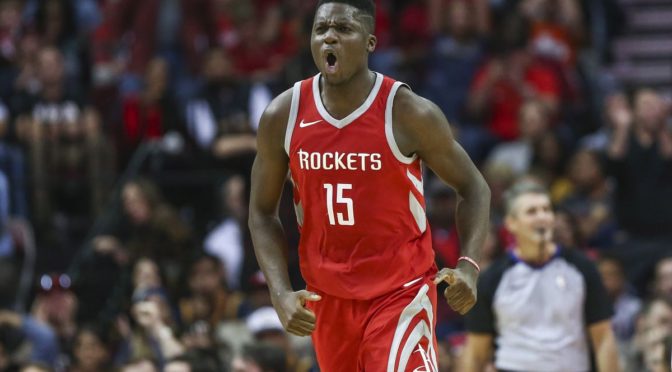 Zach LaVine had another amazing offensive outburst on Friday night. He scored 21 points in 7 minutes and I thought he was going to go for 40+, instead, he finished with 22 points. He did have 6 rebounds and 6 assist and finished right at his fantasy average, but it feels like a real missed opportunity for a huge point total. My hopes were so high after seeing him drain everything in those 7 minutes, at the pace he was going I was thinking 50 fantasy points was the floor for him. Unfortunately he was ice cold the rest of the game.

Gallinari had a good game against the Wolves. It was a typical game for him, 21 and 7 with a few blocks and steals on defense, finishing with 40.75 fantasy points. He had a bit of a slow start, from memory I think he had around 13 fantasy points at halftime, would have been nice for a couple more shots to have fallen earlier in the game but I am happy with what I got from Gallinari. I won’t waste much time breaking down Robinson’s disappointing night, he was a complete miss on my part.

Here are 3 players to build your lineup around on tonights 4 game slate.

Capela had an off night against the Raptors, only scoring 6 points 13 rebounds with some blocks and steals. Before the Toronto game he was tearing up the league. He had 10 straight double doubles, 3 20/20 games, and he is getting a lot of blocks and some steals. Capela is averaging 14.5 points, 15 rebounds and 2 blocks a game. I think the Toronto game will start a downward trend for Capela, I just think it was a road game against a tough team and he will rebound against the Suns. Phoenix has been thin at the Center position the year. Ayton is obviously out, Baynes has been in and out of the lineup and is a GTD and Frank Kaminsky has been getting some starts as of late too, he is currently listed as starting tonight. I expect Capela to have a bounce back game against the Suns, hopefully another 20/20 effort.

Brogdon’s production has been good since returning from injury. You can pencil him in for 19 and 8 every night, I am a little concerned he may not get his minutes if the Pacers are blowing out the Knicks. I got burned with Millsap and Barton the other night when the Nuggets beat the Knicks by 30 and both of them had just over 20 minutes. The Knicks fired Fizdale on Friday, I am assuming the Knicks will come out and actually look like they want to play, clearly Fizdale was getting nothing from them by the end. Even though the Knicks are a dumpster fire, they are a marquee franchise in the NBA and Mike Miller’s first game as interim coach will reenergize the team and the Garden. Hopefully it will inspire the Knicks to keep it within 15 points.

Cam Johnson is a great bargain pick tonight, he had a little salary bump but he is still only $4,100. He has been getting increased minutes off the bench and he’s been cooking second units. Saric had 4 straight 30 minute games, the last 2 he played only 26 in both and had a disappointing 20 and 15 fantasy points. Johnson had 25 minutes and and finished with 18 fantasy points, the next night it jumped to 31 minutes and he had 32 fantasy points. This is the first time I am taking Johnson this year, he has caught my eye a few times when I’ve been watching the Suns, this slate and that price made it a perfect match tonight, I am hoping his upward trend continues.

These 3 locks will leave you with an average player salary of $6,180, so you have a good chuck left to spread around your lineup. There are some other players I am looking to fit into my lineup. Jeff Green is only $3,800 and is getting the start at the 4 for the Jazz tonight. That is a 10 pm game, plenty of time for the lineup to change, make sure you have another back up player in mind to switch out if Green isn’t starting. If you can’t see a suitable replacement for Green maybe take a pass. Danuel House is another cheap player that is in the starting lineup tonight for the Rockets. Danuel House had been putting up some good numbers before Houston put Ben McLemore in the starting at small forward. If he can get 25+ minutes tonight he should put up his numbers, $4,800 is a value pick. Devin Booker is worth a look at $8,600. Booker isn’t shy when it comes to getting his shots. I can see him trying to out duel Harden and we all have seen what Booker can do if he gets hot.