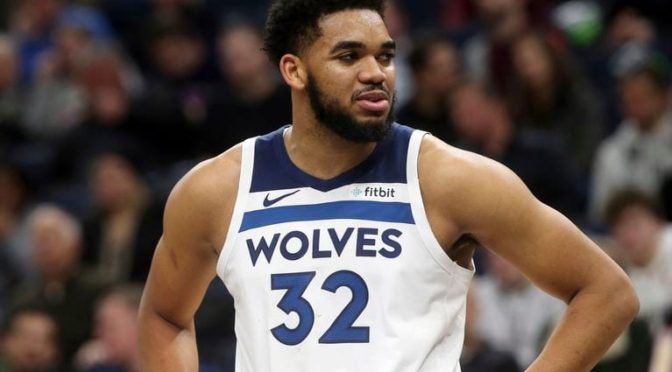 Town has been unstoppable at times this year. He is averaging 26 points and 12.5 rebounds, he has had a double double in 9 of the last 10 games. He has also been great from behind the perimeter this season. Towns is shooting 42% on 9 shots a game. He doesn’t get to the line that much but he is a solid 80.6% free throw shooter. The Cavs don’t have the talent at Center to be able to lock down Towns tonight. Dwight Powell and Maxi Kleber are good rotation players but it is asking a lot for them to shut down towns. They are going to be chasing him all over the court as he shoots a 3 one possession then takes it in the post the next and then runs a pick and roll the third time down the court. He is a very versatile offensive weapon and he is going to be a problem for Dallas. KAT has improved on defense, he still not a DPOY candidate but he is averaging 1.5 blocks and 1 steal a game.

Middleton has been great off the bench since he came back from injury. He was getting around 20 minutes a game with the second unit and he looked great. He had more than 25 fantasy points in each game, was in double digits scoring each game and had and he put up a lot of assists and rebounds in his limited minutes. Khris is back in the starting lineup and DiVincenzo, who played well during most of Middleton’s injury returns to the bench. $6,100 is a good value for Middleton, once he is back to getting his 30+ minutes he his salary will increase accordingly so take advantage of this discounted price while you can. Also, keep an eye on DiVincenzo’s salary when it’s a smaller slate and the options are limited, he could be a good bargain player who can get you some decent points.

Temple has taken full advantage of the starting role he’s been given with LeVert injured. He is logging close to 30 minutes every night and he has surpassed his fantasy average in 7 of the last 10 games. There aren’t too many bargains tonight, everyone is pretty well priced, Getting Temple for $5,200 is a fair salary. Atlanta gives up the second most points per game in the East, 117. I am taking Temple for sure, and I am also looking to fit Jarrett Allen too, he is reasonably priced at $6,000.

Those are the three players I am locking in, I am also thinking about a couple other players. Wiggins will be hard to fit in the lineup with his $7,800. I said I want to stack KAT and Wiggins as much as I can but I may need to spread that salary around. Other than Wiggins I don’t have a strong feeling towards any other player. I’m having a harder time than usual filling out this lineup.