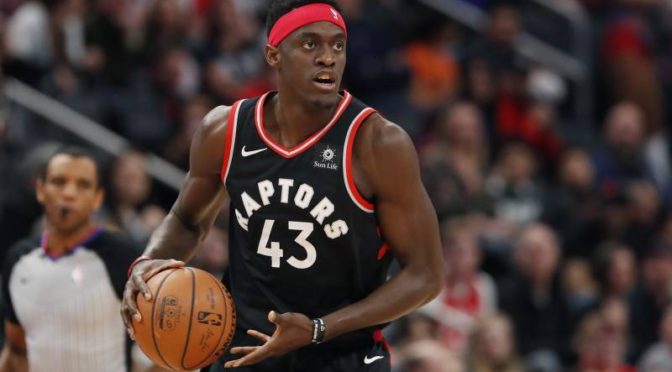 Beal kept his hot streak going against Charolette, notching a season high is assists to go with his 30 points. Bogdonavic just barely missed his season average but he didn’t do as well as I thought he would. The Golden State/Utah game was a lot closer than I imagined it would be. Unfortunately, Noel was a DNP. I hope some of you tried my throw in Drummond pick, he had a bounce back night with 23 points and 15 rebounds.

Another large slate tonight, here are 3 players to build around on DraftKings

Siakam has been automatic this year. Last season he was the most improved player, this year he is a slightly taller Scottie Pippen. Siakam will score at will against the the Hawks terrible defense and his activeness and length will lead to multiple turnovers against the Hawks one dimensional offense. $9,100 is honestly a bargain for how consistent Siakam has been this season.

Turner has looked good in the 2 games he’s played since he’s been back. Orlando is heading into Indiana with Vucevic and Gordon inactive. Turner and Sabonis are going to be a handful for Khem Birch and Jonathan Isaac. Turner is slightly undervalued, he was $7,000 before his injury. Sabonis might find his way into my lineup too, but he is $8,100. I might need to steal some of that salary. I think Turner will be getting a lot of looks down low to try and get Orlando in foul trouble at an already thin position.

I am eyeing a few Raptors against the Hawks tonight. I already have Siakam and I am going to add Powell. Toronto has a few injuries at guard so as long as he stays out of foul trouble he will be playing 30-35 minutes. Atlanta has some nice pieces on offense, Trae Young will be an all star in the east, but they still have a lot of room for improvement on defense. Fred VanVleet is a good option too, he is a bit more expensive at $7,300. I am taking the value pick here, saving the salary for other areas, I think Powell and VanVleet will have comparable point totals tonight.

Those are my 3 picks to start your lineup with, it will leave you with $5,940 average salary remaining to round out the rest of your team. Like I mentioned earlier, I am looking at adding Sabonis with Turner if I can make the $8,100 work. Tolliver is another player I am looking at as a cheap starter. He is $3,700 and he is coming off a 31 minute night for the injury riddled Blazers.