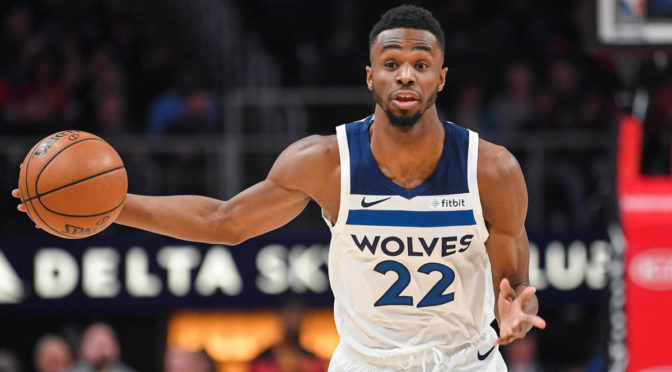 Middleton had a great game against the Hawks, he was the leading scorer with 23 points, he finished with 43.50 fantasy points in only 25 minutes. Ilyasova was a good pickup, with Giannis being out he got the start and put up 42.75 fantasy points and was only $3,300. Ersan had an 18 point and 17 rebound double double in 24 minutes.

The Suns were leading the for almost the entire game, but then the Warriors exploded in the 4th quarter. They outscored Phoenix 39-18 in the 4th and ended up winning by 9. Rubio and Saric had double digit points but Booker was the offensive leader scoring a game high 34. Booker had a good game, a little sloppy though, he turned the ball over 8 times.

Willie had a below average fantasy night. He only played 25 minutes, the rest of the starters were in the 32-36 minute range. He was a bargain pick but I still would have liked for him to of  at least put up his fantasy average.

Two of the three locks I gave out had good games, hopefully all 3 will ball tonight. Here are some of the players I am building my lineup around, this is a ridiculous 13 game slate.

Wiggins has had a good offensive season for a disappointing Minnesota team. He has never been a good defender but he has been averaging 1.1 blocks and almost a steal a game. I am taking him tonight against the Cavs because I think this will be a high scoring, if not entertaining, game. Wiggins has been hovering around his fantasy average the last 10 games, surpassing it 4 times but he had multiple 38 or 39 FPT games during that stretch. Like Booker last night, I think the Cavs are a good team for Wiggins to go off on. Garland and Sexton are two young guards that are showing they can produce on the offensive end but their defense leaves a lot to be desired. KAT is questionable and may miss his 6th straight game, Wiggins has played 42,37,35,39 and 44 minutes in the 5 games that KAT has been out, if Towns is out again expect Wiggins to have another night that exceeds his average minutes. $7,900 is a good price for Andrew, he has been around that price for the last 4 games.

I am running this pick back. Randle put up 35 points on the Wizards on Monday in New York, I am jumping on Randle again for tonights game in Washington. The Wiz are still banged up, it’s going to be a long night for Admiral Schofield. Randle dropped 33 on the Nets on Boxing Day, that’s why I am surprised that Randle’s salary is only went up to $7,200. He was $6,700 in the first Wizards game and he was $6,800 in the Nets game, I thought he would be getting a big bump, maybe closer to $8,000, but I’m not complaining. This may be wishful thinking but I am predicting a 40+ point, 10+ rebound double double tonight.

Satoransky has been playing well lately, but he is on the Bulls so no one his paying attention to him. I’ll admit it, I haven’t seen him play much, Chicago isn’t one of my league pass teams where I have to watch every game, I have barely watched any Bulls games this season. Looking at his stats, Sato has been getting minutes and getting points. The last 4 games he had 35.5 points twice and 36.5 twice, playing between 33 and 38 minutes. Trae Young is out for the Hawks tonight and they have Cam Reddish listed as the starting PG. Satoransky averages 1.5 steals a game, I think he will be pressuring the inexperienced rookie into turning the ball over. Tomas dropped 20 points the last game and has scored in double digits the last 4 games, I think he will continue to put up points, especially if LaVine doesn’t play. His salary is matching his current play. Sometimes it takes a while for DraftKings to adjust a salary but they were on Sato right away. He is listed ay $6,000

Those are 3 players I am locking in tonight, you will be left with an average player salary of $5,780 if you use these 3 guys. Here are a few more players I am looking at. Tim Frazier has been playing well lately. He is $4,000 and getting the start, but Derrick Rose gets a lot of minutes off the bench and Bruce Brown Jr. is still getting a lot of minutes too. Collin Sexton has surpassed his fantasy average in 4 of the last 5 games and Minnesota isn’t one of the top defensive teams in the league. Sexton is priced at $5,800 tonight.