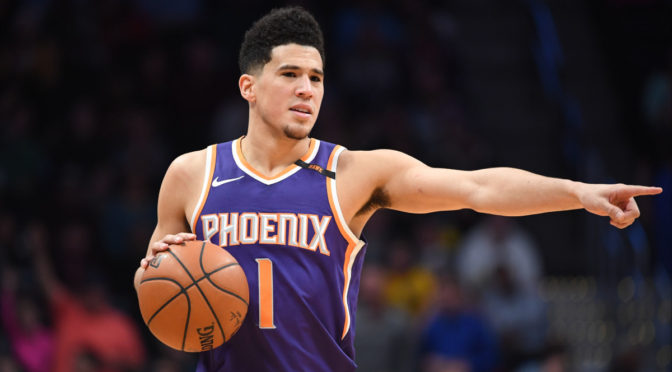 I can’t break out of this slump, every player I draft looks like they got hit by a bus before the game and decided to play anyways. It was a weird night, I was at an abysmal 170 fantasy points with 1 player left and I was still cashing double ups and 50/50s. Unfortunately the player I had left was De’Aaron Fox. He had a really good start, he had 2 points, 2 assist and 1 rebound in 2 minutes, but he left the game with back spasms. Perfect end to another shitty night.

Drummond had 14 points and 10 rebounds in a blowout win against the Wizards, disappointing result but he only played 25 minutes. Svi drained 4 threes, dished out 4 assists and grabbed 4 rebounds in 25 minutes as well. Drummond had 2 more fantasy points than Mykhailiuk, but Andre salary was $6,300 more than Svi. Also, I had Beal in my lineup, so of course he had his worst God damn game of the season.

I hate DFS basketball right now, I can’t get anything going. I swear I have killed more players hot streaks this season than anyone playing daily fantasy. I hope you have had better luck building the rest of your lineup around the picks I give out. The 3 locks I give out usually do well, there have been some duds along the way but for the most part they have been reliable.

Here are 3 players to build your DraftKings lineup around.

Middleton was tied with Embiid for the leading scorer on Christmas with 31 points. I think Khris will be the Bucks primary offensive weapon again with Giannis banged up a little. The freak had 18 points on a bad back and he is a GTD tonight with back soreness. He is probable, but they are facing the Hawks, I don’t think they will need him out there for 38 minutes to get past Atlanta. Giannis will get his points in the paint but if his back soreness was responsible for his poor shooting on Christmas I can see Middleton picking up the slack again. Middleton is a safe pick, he has beaten his fantasy average 7 of the last 10 games, scoring over 20 points in 6 of those 7. $7,000 is a good price for Middleton, I think he will be the Bucks leading scorer again tonight.

Devin Booker hasn’t reached his fantasy average in the last 4 games, but he has come close and he hasn’t been terrible. One of the reasons he hasn’t reached his fantasy average is because of his 3s. Last game he was 1-6, and he didn’t attempt a 3 in the three games before that one. Golden State has been the worst team in the league defending the three all season, opponents are shooting 38.7%. This is a prefect game for Booker to let if fly from 3. I am jumping on Booker tonight because of his salary. Since he has been slightly below his fantasy average the last few games his price has dropped too $6,900. He was $7,900 last game and hadn’t dipped past that mark in the last 10 games. Combining the cheap price with the favourable matchup makes Devin Booker a lock for me.

Cauley-Stein has been playing well lately. He has surpassed his fantasy averaging in the last 5 games and he is getting close to 30 minutes a game. I am going to take advantage of this cheap price, $4,500, before DraftKings adjusts it. I was thinking about taking Aaron Holiday today but his salary jumped up $1,000, I am sure Cauley-Stein will be around the $6,000 range very soon. Willie is slowly getting his offense going, he has scored in double digits in 4 of the last 5 games, but he as been getting his fantasy points filling the stat sheet in other categories. He is active on defense, averaging 1.5 blocks and 1.2 steals a game and Willie is getting 6.3 rebounds too. Cauley-Stein is a good bargain tonight.

Those are 3 players I am building my lineup, if you use these three you will be left with an average player salary of $6,320. Here are a few players I am looking at to fill out the rest of my lineup. De’Andre Hunter is a good price at $4,700, the Bucks/Hawks total is 237, there will be a lot of points scored but it may be a blowout. Ben Simmons has been on a roll lately, he is a reasonable $8,400 tonight against Markelle Fultz and the Magic.