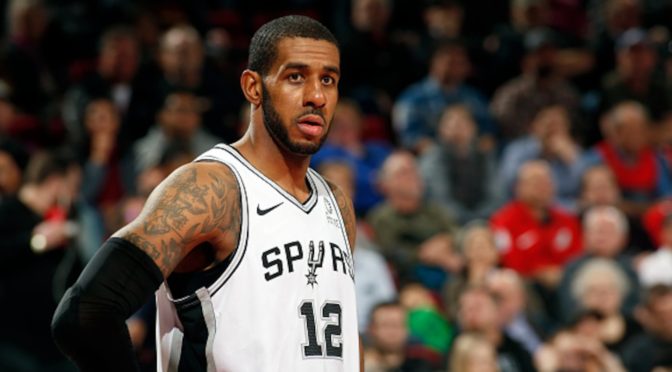 Joel Embiid had a great game against the Mavericks. He had 33 points and 17 rebounds, unfortunately, every other Sixers struggled to generate any offense. The next highest scorers were Simmons with 12 and Josh Richardson had 10. Philly looked awful against Dallas, losing 117-98.

I broke Bryn Forbes, I hope my death touch hasn’t claimed another victim. Clarke has been the best Memphis player off the bench this season but tonight he struggled. In 17 minutes he only had 6 points, 1 assist and 3 rebounds. He is averaging 25 fantasy points in 21 minutes, he had 11.25 in those 17 minutes tonight.

I switched out Rondae, the Raptors made a switch in their lineup that move Hollis-Jefferson to the bench. If you ended up leaving him in your lineup he put up some numbers. He only played 19 minutes but he did get 22 fantasy points, it’s acceptable for a bargain player.

Here are 3 players to build your lineup around on Saturday night. It is a nice 7 game slate and a couple of games have pretty hight totals.

Aldridge has been playing really good basketball lately. Every time I watch the Spurs I am surprised that he is doing as well as he is. He looks old and stiff and he isn’t the first player that pops in your head as a modern big man. LaMarcus shows that he can make his style of play work, even in 2019. He gets a lot of his points in the paint or at the line. Rarely will you see him shoot a 3 and when he does he is only shooting 32%. It would be nice if he could knock down 3s like KAT, Jokic, Lopez or any of the other big marksman in the league, but LaMarcus has proven it isn’t necessary for him to succeed. Aldridge is averaging 18.8 points, 7.4 rebounds and is averaging 36.7 fantasy points in 33 minutes a game. He has surpassed his fantasy average in 8 of the last 10 games. He had a big game against the Clippers in late November, He had 17/8/7 with 4 blocks and 1 steal in a 107-97 win. I am expecting Aldridge to keep his current hot streak going and put another big game against the Clippers.

Saric has been the lone big man on the Suns roster that has stayed in the starting lineup consistently. Ayton obviously had the 25 game suspension, Baynes has played well when he is healthy and Frank Kaminsky has seen some starts because of the injuries, he hasn’t been too bad when he gets some minutes. Saric hasn’t missed a game this season and he is leading the team in rebounds with 7.4. Saric had a little dip the game Ayton was back, he deffered to Ayton and his stats suffered. Ayton ended up spraining his ankle and is back on the disabled list. Saric was back to putting up points the next game with no DeAndre. I’m not sure why his salary is so low against Houston. He was around the $6,000 range and he was bumped down to $5,300 after his less productive game with Ayton, he is now $5,000. Saric is a good bargain at that price.

Derrick Rose has been having a great season coming off the bench and he is getting a boat load of minutes. Brown has been keeping up with Rose’s production the past few games, Rose has been getting slightly more minutes but Brown is still getting 25+ a game. Brown is averaging 8.3 points a game, but he has been in double digits 3 of the last 4 games and the 4th game he finished with 9. He has been getting a lot of rebounds lately and he is active on defense, he gets 1 steal a game and the occasional block. Brown and Rose’s salaries have been slowly getting further away from each other. Against Toronto Rose was $6,600 and Brown was $5,600, the next game Rose was $6,000 and Brown was $5,100. Tonight, against the Bulls, Rose is $6,300 and Brown is $4,900. I like the Brown’s value, he will be in the same ballpark as Rose with minutes, I am hoping he will grind out another 30+ fantasy point night.

Those are 3 players I am locking in my DraftKings lineup, if you use them you will be left with an average player salary of $6,540. Another player I am eyeing is PJ Tucker, he is always a good value, $4,500. He racks up his fantasy points with assists and rebounds and being active on defense, he can have huge night when he finds his stroke in the corner. I like CJ McCollum against the Timberwolves too. Minnesota gives up 117 points a game and CJ has had 3 straight 30 point games, he is a good value at $7,300.