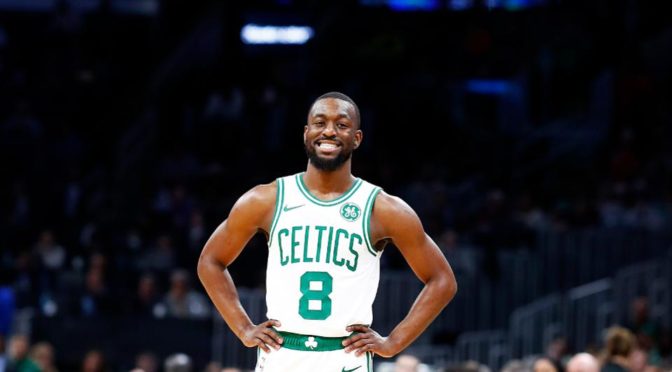 Spencer Dinwiddie was the only lock that I hit on last night. He was the leading scorer in the game, 31 points in 39 minutes. I am glad Dinwiddie managed to put up his fantasy numbers because points were hard to come by a lot of the game. It was 93-93 heading into OT, the Nets pulled away and won 108-101. Despite the overtime session this game was still under by 20+ points.

Barnes and Len both had disappointing nights. Barnes only scored 14 points in 37 minutes, going 6 for 17 from the field and 1 for 6 from 3. Len continued his streak of 20+ minutes off the bench, but that was the only plus Len had all night. He finished with a dismal 9 and 5 in 25 minutes.

Tuesday was a bit of a disappointment, hope to turn it around with these 3 players to build your DraftKings lineup around for Wednesday night

Kemba Walker is a good play tonight against the Mavericks. The Mavs showed they are still a dangerous team without Luka Doncic. They snapped Milwaukee’s 18 game win streak on Monday night with a 120-116 victory. I think Kemba will be able to take advantage of Luka being out better than the Bucks did. The Bucks were without their point guards as well, they started Divincenzo and had Hill coming off the bench, both had a hard time scroing. DiVincenzo had a great fantasy total but he only had 5 points. Tonight, Jalen Brunson and Seth Curry are going to have one of the best PGs the league to deal with. Walker has been playing well lately, he had a 44 point night against the Pacers last week and he has surpassed his fantasy average by a lot the last two games. Kemba leads the Celtics in scoring with 23.1 points a game and in assists with 5.3 a game. Walker has 5+ assists in the 6 of the last 7 games. He isn’t a defensive stalwart but he does average 1 steal a game. $7,400 is a great salary for Walker, this one is a no brainer for me.

I like the way Gallinari matches up against the Grizzlies tonight. Danilo is a scorer, he is been getting his fantasy numbers despite a dip in his field goal percentage. He is 42% for the year but he has been shooting in the low 30s the past few games. Last game he went 6-16 from the field but still ended up with 41.5 fantasy points. Gallinari’s game is mid range jumpers and getting the occasional post play that he will look to draw a foul and get to the line. The Grizzlies have had a hard time against players like Gallinari the last 2 games. Jimmy Butler had 25 points, going 50% from the field and he went 12-14 from the line. Beal had a terrible night from the field, he shot 34% (8 for 23) but still ended up with 29 points for the game, he went 8-12 from the line. Gallinari is one of the best free throw shooters in the league, he is shooting 91.5 from the line this season. If Gallinari can get his mid range to drop and can get to the line 10+ times, I think he can have a big night against Memphis. Danilo’s salary is right where it has been the last few games, $6,300 is a good price.

Culver is getting the start again for the Timberwolves. It’s tough picking a player that had a grand total of 2 rebounds in 18 minutes last game but he has a better match up tonight. It’s tough looking at his fantasy average and his season stat line because of his drastic change in minutes from the bench to starting, I am going off the eye test of how he has played when he gets 25+ minutes. $3,500 is very little risk on a player that has a high ceiling against a terrible Pelicans team. They are in full tank mode and it isn’t even Christmas yet. They are 6-22, currently on a 13 game losing streak and they are shopping Jrue Holiday. New Orleans had a rare low scoring game against the Nets, losing 108-101, hopefully the second game of a back to back on the road will help the Pelicans get back to their terrible defensive play. I am going to look to add another Minnesota player because of this matchup, there is a fear of a blowout though. Culver is a bargain basement deal tonight, I am taking him for sure.

Those are 3 players to use in your lineup tonight. If you take these 3 guys you will be left with an average player salary of $6,560. That is a good chunk of salary to spread around and I have a few more players I am looking at.

I like Kris Dunn tonight against Washington. Dunn works hard to get his fantasy points, he rarely scores in double digits, but he fills the stat sheet. In a recent game against the Clippers Dunn finished with 36 fantasy points, his stat line for that game was 9P/4A/9R/3B/2S. Dunn is one of the league leaders in steals averaging 2 steals a game, the 3 blocks was surprising against LAC, but he does get a block every now and then to go with his steals on defense. Dunn is a good price at $5,000.

Brunson is a little overvalued with Doncic out, $6,000 isn’t too bad but it is still a lot for Brunson. He jumped from the mid $3,000s to $5,500 in the last game and now up to $6,000. Brunson has had huge games against 2 of the leagues best teams. He had 37.5 fantasy points against the Bucks and 38.75 against the Heat. Brunson should keep it going against the Celtics, especially with Smart still out of the lineup.

I am looking at using Jeff Teague along with Culver too. Teague has been getting good fantasy points and good minutes off the bench. Culver is a steal but Teague is a pretty good price at $5,800.