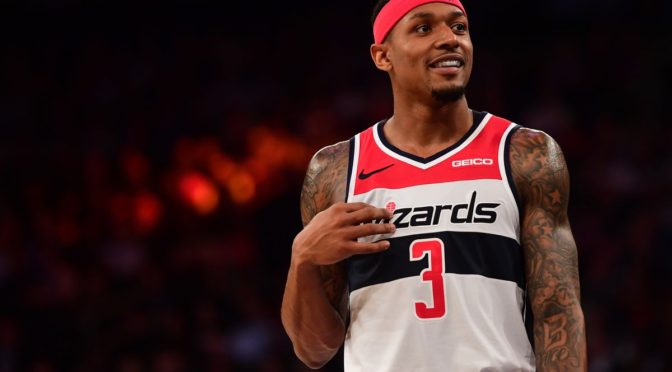 Young didn’t go off for 49 points like the last time the Hawks played the Pacers but he put up some pretty good numbers in an Atlanta loss. Trae finished with 23 points, 8 rebounds and 7 rebounds, with the way my picks have been going I’m chalking this up as a win.

Capela had a terrible night and he still finished with a double double. 10 points and 11 rebounds in 30 minutes. I don’t know what I’m doing wrong, any player that is hot goes straight in the toilet whenever I draft them

What’s that you say? Richaun Holmes is averaging 12 points and 8.4 rebounds and he is averaging 28.7 fantasy points? Well now it all makes sense that I would draft him and he dropped 4 points and 5 rebounds in 27 minute. Somehow I pick an absolute dud against the Knicks, or for the the Knicks, every time and it makes watching the Knicks that much harder.

After that ringing endorsement of a recap, here are 3 players to build your DraftKings lineup around for Saturday.

Bradley Beal is putting up a huge offensive season on a terrible Wizards team. He has been their only consistent option this season. He is averaging 27.4 points a game, the second highest scorer on Washington is Davis Bertans off the bench, he is getting 15.7 a game. This is going to be a high scoring game, Washington gives up 122 points a game and the Grizzlies allow 116.4 a night. This matchup jumps out at me, I think Beal is going to torch the Grizzlies tonight, especially with Isaiah Thomas being a GTD, Beal will literally be their only offensive weapon in the starting lineup.

Memphis is having another losing season, it was excepted, but they have a lot of good value picks to use throughout the year. Ja Morant was a steal until they adjusted his salary to his play. Jae Crowder has been getting some good minutes recently and he has been producing double doubles and adding blocks and assists on the other end. Tyus Jones will get you fantasy points when he is in the starting lineup whenever Ja is out, but the player that has been the best fantasy option I’ve used is Jaren Jackson. Jackson is second on the team behind Morant in scoring, 17.6, he chips in with 4.8 rebounds and a little over 1 assist and 1 steal a game. The Grizz are facing the Wizards tonight so a 130-129 game isn’t out of the question, these teams are allergic to defense. Jackson is properly priced today at $6,500, I think he will go off against Washington tonight.

PJ underachieved the last time I picked him, it was highlighted a little more because his salary had been bumped up to the mid $5,000s. He is back down to $4,700 against the Pistons. Blake Griffin has been in and out of the lineup, only playing 13 games, and when he is on the court he is far from a shutdown defender. Griffin is averaging 17 points a game but he is barely registering any blocks or steals on the defensive end. I can see Tucker being open quite a bit for his corner 3, taking advantage of Griffin’s lack of interest on that end. I can’t turn down Tucker at this price point with the upside he can provide if he gets hot from deep.