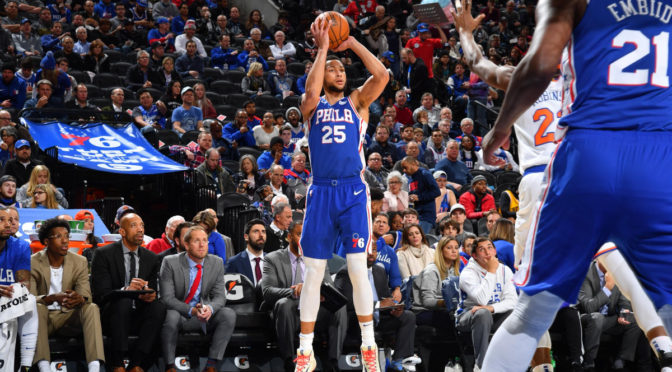 Drummond had a rough game. He had early foul trouble and when he was in the game the Pelicans did a good job of containing him on offense and running screen after screen on him on the defensive end. Andre looked really slow tonight and New Orleans took advantage of it. He finished with 13 points and 10 rebounds in only 24 minutes, 26.50 fantasy points is a big disappointment for a $10,100 price tag.

Thompson had a good game against the Celtics. He was a little sloppy in the first half, he had 5 turnovers at halftime, but he tightened it up and finished with a double double and surpassed his fantasy average. Tristan is a monster on the offensive glass, he had 4 putback dunks and he had another called back on a close offensive goaltending. He is a big boy, he knows how to make space for himself down low.

Derrick Rose went off in the 4th quarter. He had the snowflake over his head for most of the game, but he exploded in the 4th for 17 of his 21 points and he nailed the game winner at the buzzer. I have made this comparison before but Derrick Rose is the Lou Williams of the Eastern Conference. He could start on most teams but he comes off the bench for 30+ fantasy points in close to 30 minutes, and he is considerably cheaper than Lou Williams at the moment.

Simmons has been on fire recently. The last time I used him he finished with a career high 34 points and he followed that up by falling one assist shy of a triple double against the Raptors the next game. Simmons is averaging 14.3 points, 6.9 rebounds and 8.4 rebounds and he has gotten his fantasy average 7 of the last 10 games,. His home his averages go up to 16 points, 7.5 rebounds and 9 assists. Denver is coming in to Philly on a 2 game losing streak and I think they are going to have a tough time stopping the bigger Simmons. The Nuggets are going to struggle with the Sixers size. Millsap and Jokic are going to have their hands full  with Horford and Embiid, which leaves Murray, Harris and Barton drawing the duties of covering Simmons. Simmons knows if he has Barton on his, Gary Harris will have a mismatch with someone on the floor, if he has Murray or Harris he will be able to get his mid range shot off at will. Simmons has enough weapons to manufacture his fantasy points. If the doesn’t have his shot going early he will look to get others involved and pick up his points in a supportive role. Ben is a good price tonight too, he is only $7,900, slightly down from his 6 straight $8000+ salary games.

RJ is having a good rookie season on a terrible Knicks team. He scores 14.3 points, 5.3 rebounds and 3.3 assists, he is 3rd on the team in minutes playing 32.1 a game and he leads the Knicks in steals with 1.4. He is matched up the CJ McCollum, not the greatest defender in the league and he gives up a fair bit of size too RJ. Barrett has been solid the last 10 games. He had an absolutely TERRIBLE game against the Bucks earlier in the month, he finished with 2 points, 1 assist and 1 block for 5.5 fantasy points. That game was an outlier,  the other 9 games he had 25+ fantasy points. $5,600 isn’t the best price for RJ, he has been closer to $5,000 at times but it isn’t that much of a price difference and its hard to find value in today’s 4 game slate.

Two Knicks in my 3 locks means this is a pretty ugly slate. Marcus Morris is leading the Knicks in minutes (32.7) and he is their leading scorer with 18.6 points a game. Morris is going to be a tough matchup for Kent Bazemore. Bazemore is 6’5 and is a primarily a shooting guard while Marcus Morris is a 6’9 and can easily fill in at power forward. Marcus Morris is a ball stopper, he hasn’t seen a shot he doesn’t want to take, I am hoping he catches fire tonight in Portland. Morris has had 7 20+ point games in the last 10 games and he is a very good value tonight at $5,300.

Yikes, this was a tough 4 games to navigate through, not a lot of value tonight. I am trying to work Trae Young into my lineup but he is the most expensive player tonight, $10,400. Millsap is a good price at $4,800 but there is a reason he is so cheap. Millsap has been hit or miss this year with production and he has been missing a lot lately. Millsap will have to be in my lineup if I pick up Trae.